When Will VLC be Released for the iPhone? You Don’t Want it Now

You might have heard the exciting news from a couple days ago regarding the release of VLC for the iPad. The Applidium team has been hard at work at getting this iPad version out and with my early tests…the app needs a desperate update. Certain HD videos were unplayable on my iPad (it said my iPad was too slow!), and the app just downright crashed upon launch even after deleting and reinstalling.

If you’ve been waiting for the iPhone version to come out, it’s on the way, according to the Applidium team:

Also, weâ€™ve got many questions regarding an iPhone version. Itâ€™s in the works! We started with the iPad, but an iPhone and iPod version is coming. 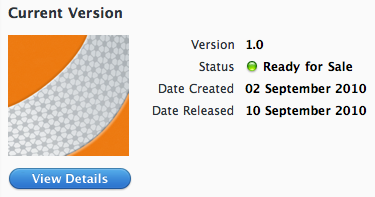 I think we’re better off waiting for the Applidium team to update their existing iPad app, and smooth out the bugs before the iPhone version is released. That will ensure people will have a better experience the second time around.

What do you think? Are you desperately awaiting the release of VLC for the iPhone?