Quick Photo is a new button that appears at the bottom of your list of blogs. The feature allows for a quick snap to be published into a post, and you can even add titles or descriptions. 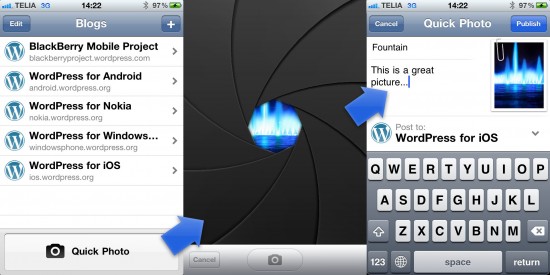 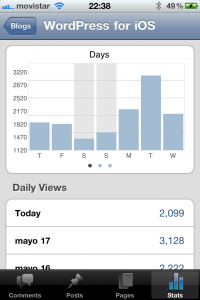 WordPress for iOS also brings new localization features (such as being translateable) and adds support for 10 new languages. Bug fixes and stability improvements are also highlights of this app. I’ve tested it out, and so far the app continues to improve. You can see the list of bug and crash fixes here.