After notifying former MobileMe members that their complimentary iCloud storage has expired, Apple has moved forward with bumping down to the free 5 GB storage for those members who didn't wish to purchase a storage plan (via MacRumors). For those using more than 5 GB of storage, Apple offered the choice between reducing the amount of iCloud...
iPhoneinCanada.ca
9 years ago 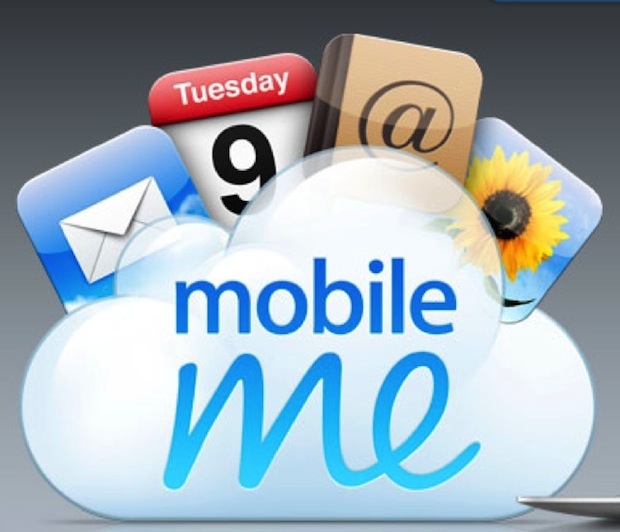 For the past couple of years, former MobileMe users have been enjoying 20GB of complimentary iCloud storage, which was awarded by Apple on migration to iCloud between October 12, 2011, and August 1, 2012. Yesterday, Apple posted an article and also sent an email reminding old MobileMe members that their complimentary iCloud storage plans will expire on September 30, 2013....
Usman Qureshi
9 years ago

When MobileMe users were asked to transfer over to iCloud over this past year they were provided with complimentary storage provided by Apple. The courtesy storage was meant to be downgraded at the end of September to 5 GB, but Apple has just provided the users with an extension until September 30th, 2013.  This extension […]
Gary Ng
10 years ago 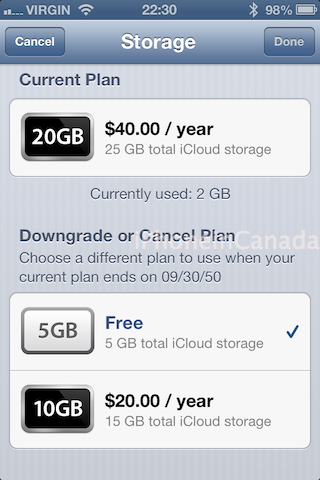 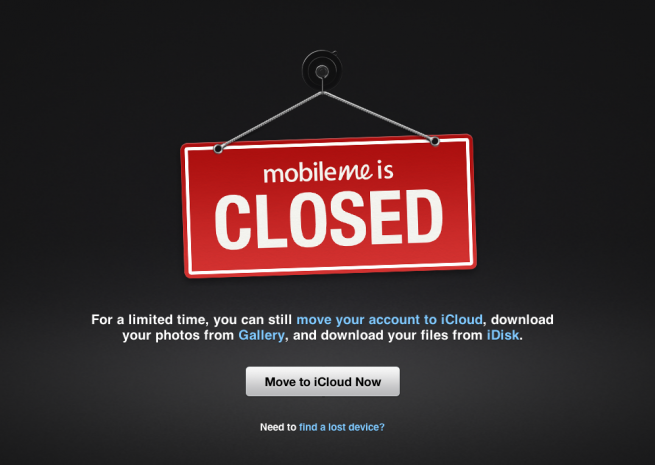 As pointed out by 9to5Mac, Apple has officially shut down MobileMe services as expected, and has also removed the iDisk and MobileMe Gallery apps from the App Store. MobileMe users who haven’t migrated to iCloud yet can still make the switch, download their photos and files from Gallery and iDisk respectively. Apple introduced iCloud last […]
Usman Qureshi
10 years ago 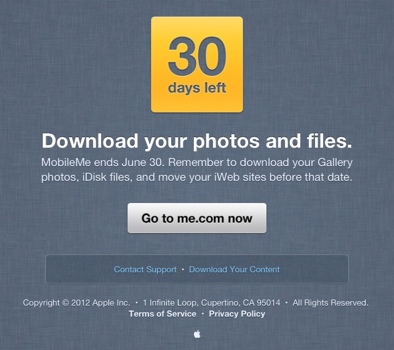 This morning, iCloud and existing MobileMe members received an email notification from Apple that reminds users that MobileMe is ending on June 30, 2012. The notification indicates that there is “30 days left” and that users should download their photos and files before then. MobileMe ends June 30. Remember to download your Gallery photos, iDisk […]
Ex
10 years ago

How To: Keep Your MobileMe Address Without Migrating To iCloud

We are now just over one month away from the official shut down of Apple’s MobileMe service. For those of you who have already migrated to iCloud, then this article does not concern you. However for those that have not migrated and still want to keep the @me.com or @mac.com address, you can now do […]
Ex
10 years ago 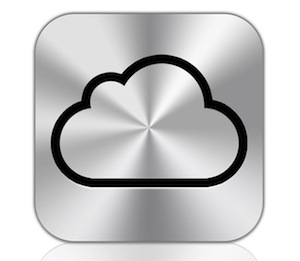 Apple is set to shut down its MobileMe services next month on June 30. If you are a current MobileMe member, or more likely an iCloud member, you have been aware of the upcoming transition for about a year. However before the shut down, Apple has quietly decided to extend the free period of 20 […]
Ex
10 years ago 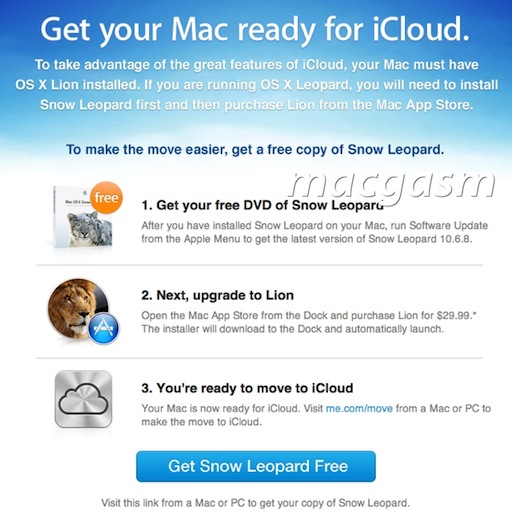 If you’re not on OS X Lion yet, then you are missing out on all the features of iCloud. To encourage and assist Mac users on older versions of OS X, Apple is now providing free DVD copies of Snow Leopard to users that sign into their MobileMe account here, as reported by Macgasm. Apple […]
Gary Ng
10 years ago 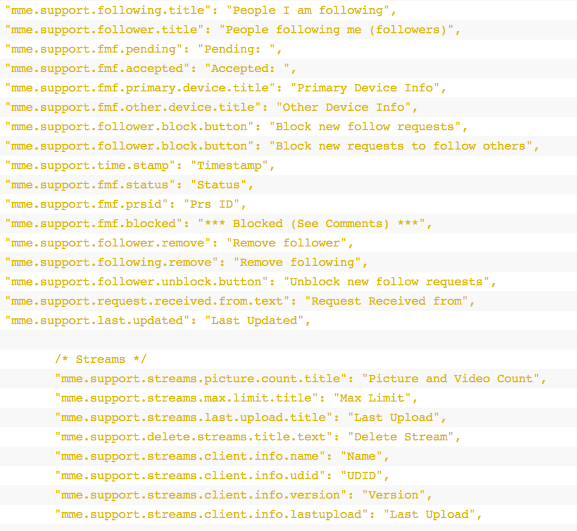 A report published by 9to5Mac reveals a very interesting feature which could soon by making to iCloud before its pubic launch in the next couple of months. Initially discovered in iOS 4.3 SDK, more evidence regarding Apple’s ‘Find My Friends’ social service has been found inside HTML code of MobileMe / iCloud website. The code suggests […]
Usman Qureshi
11 years ago 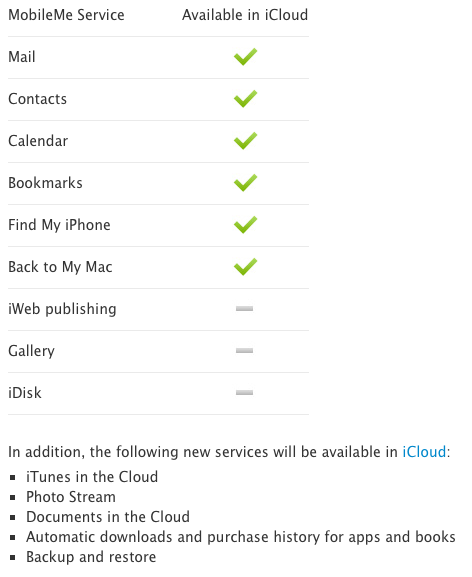 Are you a MobileMe user? It now appears Apple has enabled developers to transfer over their annual allotted 20GB storage from MobileMe to iCloud, for free, according to 9to5Mac. This will result in 25GB total storage (5GB free + 20GB MobileMe) upon iCloud’s launch this Fall, until June 30th, 2012. The following Apple support document […]
Gary Ng
11 years ago 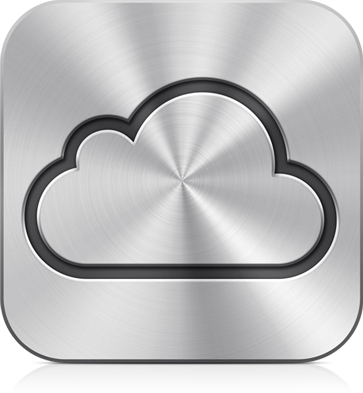 In my continued search to find out more information about what will happen to my precious MobileMe account and online data, Apple has now posted an updated page answering many of the questions that users have been asking. If you have had concerns about the migration from MobileMe to iCloud, this webpage explains which existing […]
Ex
11 years ago