A recent Leger study commissioned by the Society of Composers, Authors and Music Publishers of Canada (SOCAN), Canada's largest music copyright collective, found that 68% of Canadians agree that it is important for foreign internet streaming and social media companies to promote Canadian music on their platforms. When Canadians were asked to respond to the...
Nehal Malik
6 months ago 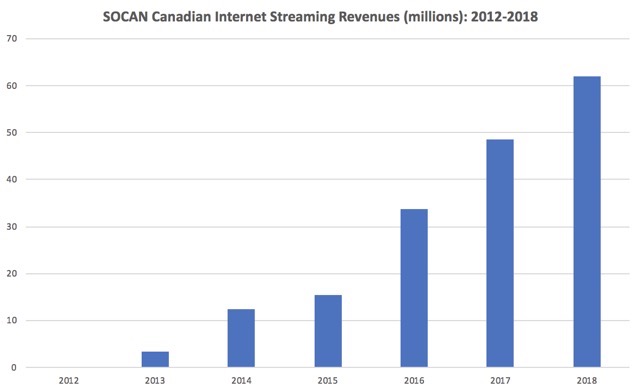 According to the latest data from SOCAN, Canada’s largest music copyright collective, its internet streaming revenues have now hit $62 million, surpassing both radio and television royalties as its second largest source of domestic revenues (via Michael Geist). SOCAN reported its preliminary numbers for 2018 last week noting that internet streaming now accounts for 22% of...
Usman Qureshi
3 years ago 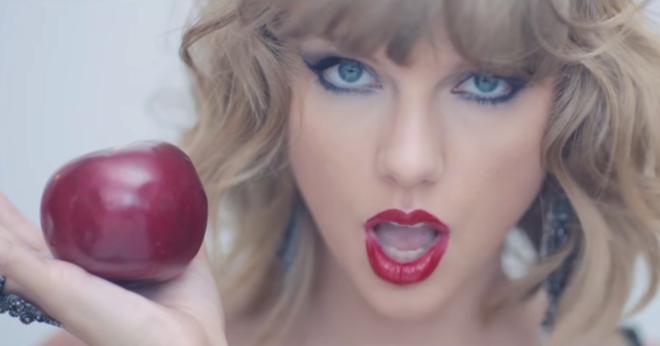 Apparently Taylor Swift has shaken it off, forgotten her bad blood, and is getting back together with a few of her famous exes, including Spotify and Pandora. According to a new report from TechCrunch, the "Shake It Off" singer’s entire music catalog — including her Grammy album of the year-winning 1989  — returned to popular...
iPhoneinCanada.ca
5 years ago 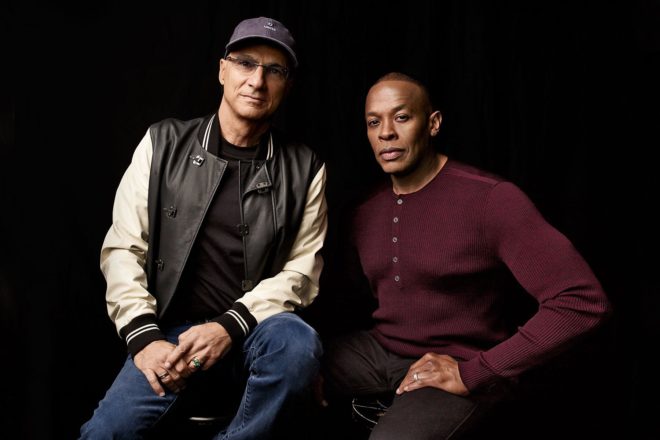 Apple Music executive and record industry mogul Jimmy Iovine recently sat down for a wide-ranging interview with Music Business Worldwide, reflecting upon his desire for more people to start paying for music. One of the main points of the interview is his desire for Apple Music to move away from exclusive albums. Jimmy Iovine explains...
iPhoneinCanada.ca
5 years ago

Apple’s Music streaming service has reached 20 million paid subscribers, half as many users as its main rival, Spotify. Much of that growth has relied on exclusive content deals. This number is an increase of 15% in the last 3 months, as Apple Music is now receiving a million subscribers per month, according to a new […]
iPhoneinCanada.ca
6 years ago 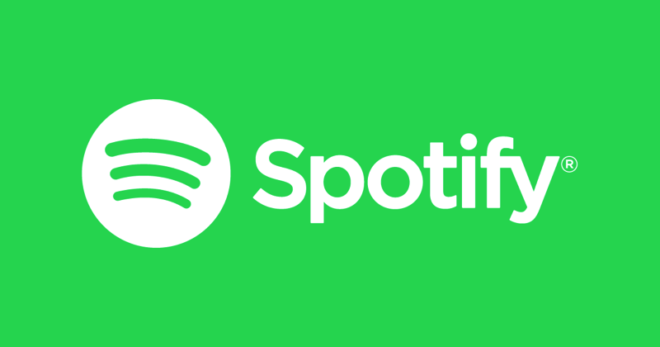 Spotify May Be Killing Your SSD With Excessive Data Writes

For the past five months, the Spotify music streaming app for Mac, Windows, and Linux “has been assaulting users’ storage devices with enough data to potentially take years off their expected lifespans.” More troublesome: the issue occurs even when the Spotify app is idle and isn’t storing any songs locally, according to Ars Technica. According […]
iPhoneinCanada.ca
6 years ago 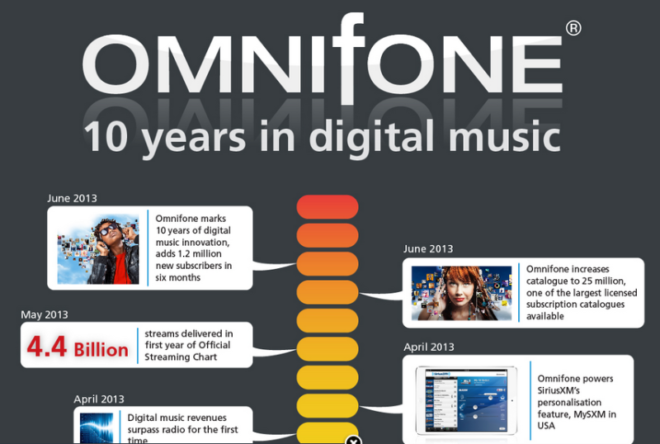 Ominfone, born more than ten years ago in the UK, was in the business of building streaming music services for the likes of Blackberry, Sony, and HP. It was one of the first companies to launch an unlimited streaming service and among the first to fail. Now, according to a new report from TechCrunch, Apple […]
iPhoneinCanada.ca
6 years ago

Apple Music, the company’s music streaming service, has been around a little over a year now. Although the service competes directly with other streaming services such as, Tidal, and Amazon Prime, its user base (at 17 million) is rather low in comparison to Spotify’s 30 million. Moreover, Apple Music’s membership prices have been on par […]
iPhoneinCanada.ca
6 years ago 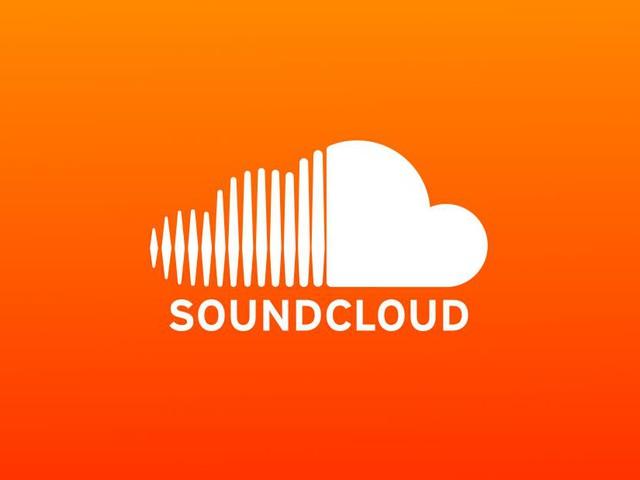 SoundCloud, the massively-popular audio distribution and streaming service, is now offering its licensed paid-for-music subscription service to Canada. After launching SoundCloud Go, the company’s subscription service, in the United States earlier this year, the company has today, delivered the service to Canadian customers. The service, which first rolled out last May in the United States, […]
iPhoneinCanada.ca
6 years ago 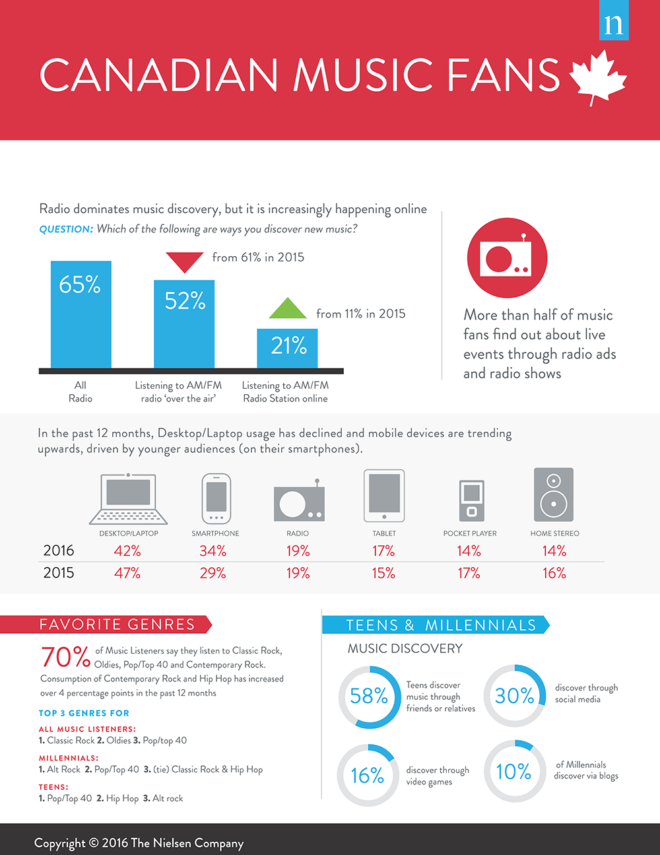 Find Out What Canadian Music Fans Are Listening To [Infographic]

Nearly 56% of teens and Millennials in Canada use smartphones to listen to music, with a growing number of consumers found to be discovering new music from online and app streaming services operated by AM/FM radio stations. However, OTA AM/FM radio continues to dominate the music discovery process, especially for Millennials, according to a report by Nielsen.  For teens though, the top...
Usman Qureshi
6 years ago

It took only a few days for Apple to issue an official response to Spotify's claims that the company is using its App Store approval process as a "weapon". In a letter sent today to Spotify general counsel Horacio Gutierrez -- obtained by BuzzFeed News -- Apple general counsel Bruce Sewell says the company finds...
iPhoneinCanada.ca
6 years ago 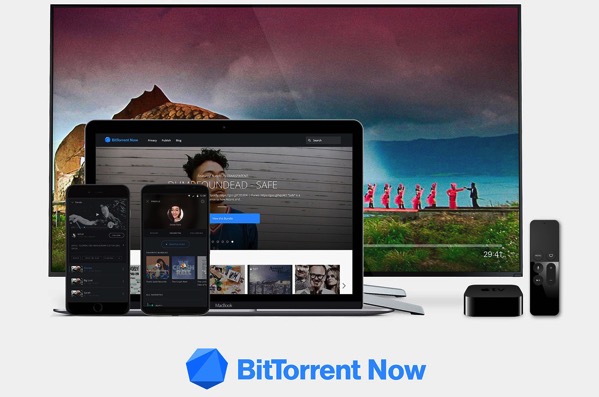 BitTorrent, the company behind the popular BitTorrent protocol, has today announced the launch of its own music streaming service called 'BitTorrent Now’ with a new app that is currently available on Android and is coming soon to iOS and Apple TV as well. The ad-supported streaming service for music and video hosts content from content creators who sign...
Usman Qureshi
6 years ago