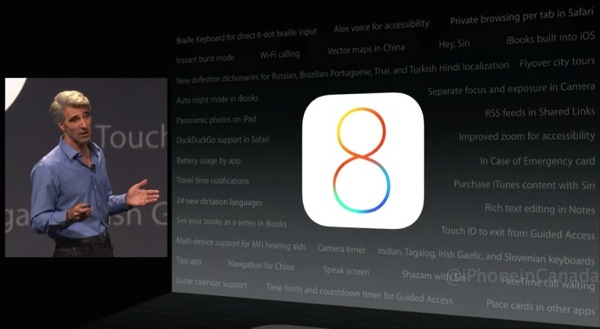 Apple stock price was down yesterday during the keynote that kick-started the annual WWDC, but that’s history now. The two-hour-long announcement turned out to be too short to introduce all the new features Apple will implement on Mac OS X 10.10 Yosemite and iOS 8, so here is a list of essential iOS 8 features...
iPhoneinCanada.ca
8 years ago 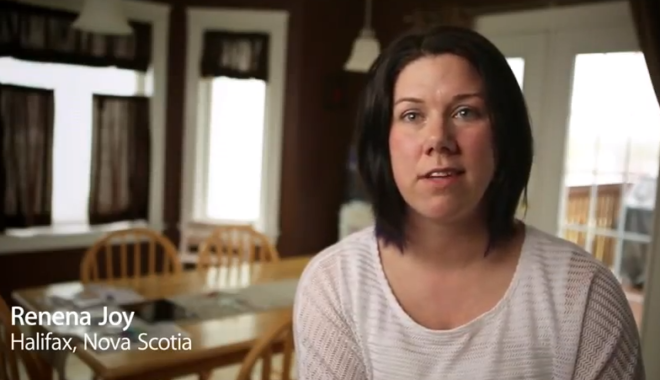 For those that have watched the WWDC 2012 keynote in its entirety, you may remember the developer highlight video Tim Cook showed the audience at the beginning of the event. The video highlighted numerous incredible apps, and one family that was profiled included Renena Joy, a speech and language pathologist in education, and her daughter […]
Gary Ng
10 years ago 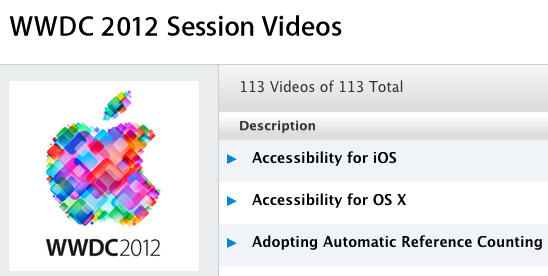 Apple yesterday posted their WWDC 2012 session videos online for viewing in their developer portal. There are 113 total videos, ranging from iOS to OS X. They are also available for download in iTunes, with session lengths ranging from 50 minutes to an hour. If you are a developer and couldn’t make it to WWDC […]
Gary Ng
10 years ago 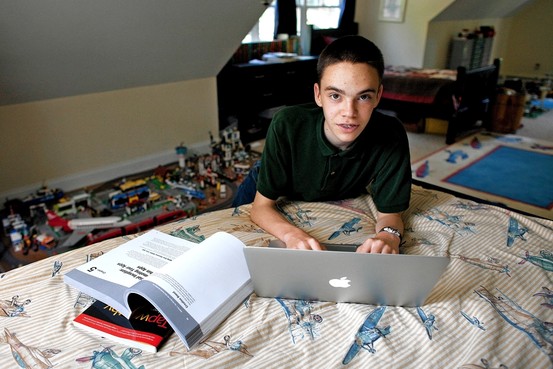 The Wall Street Journal details the stories of a few teen developers (out of the 150 free passes given out) that were treated to attend WWDC 2012 thanks to Apple. This year marked the inaugural opening of the event to 13-17 year old developers by Apple, part of their WWDC Student Scholarships. Phil Schiller, Apple’s […]
Gary Ng
10 years ago

Apple’s WWDC 2012 keynote is now available on their YouTube channel. Check it out below: You can also stream the keynote from Apple’s website or download it to watch in iTunes. Apple introduced new MacBooks, iOS 6 and also new features from Mountain Lion OS X.
Gary Ng
10 years ago 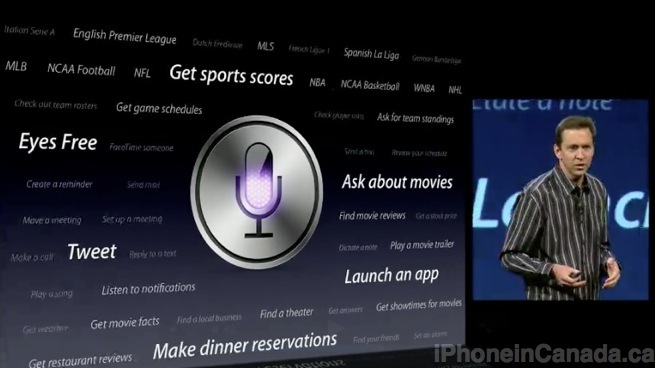 Apple announced the biggest update to Siri yesterday at WWDC 2012, with new sports, restaurants and movie capabilities. During the keynote, Scott Forstall was on stage to announce the latest features. Most of them appeared shortly on a slide. We took at look at that slide and listed the details of what to expect for […]
Gary Ng
10 years ago

Apple has just added the WWDC 2012 keynote video to its Apple Keynote (HD) collection in iTunes, to allow you to download it to your iOS devices for later viewing. The short description reads: Watch Apple CEO Tim Cook and team unveil Mac OS X Mountain Lion, iOS 6, and the all-new MacBook Pro with […]
Gary Ng
10 years ago

Today was an exciting day at WWDC 2012. Apple released a refresh to their notebook line up and introduced a brand new next generation 15″ MacBook Pro with Retina Display. We learned about OS X Mountain Lion and iOS 6 as well. Here’s a round up of today’s news: Apple Reportedly Used a Private Fleet […]
Gary Ng
10 years ago 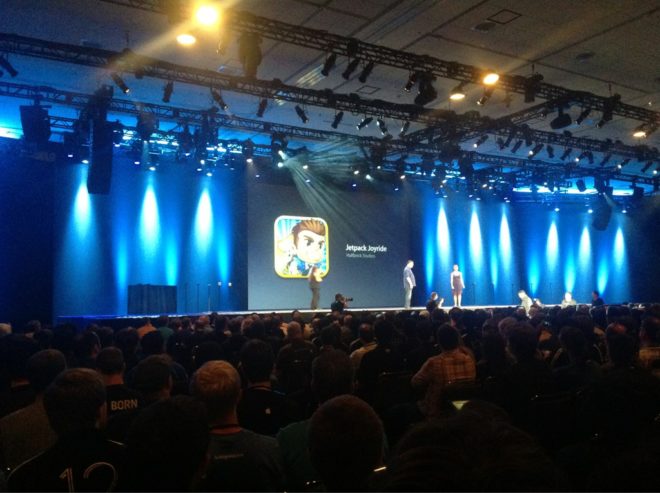 Apple has announced the winners of the Apple Design Awards (ADA) at WWDC 2012, as noted by The Loop. Apps are chosen based on the following criteria: Design: Well designed apps are delightful, elegant, intuitive, engaging, exciting, compelling, and reliable. Innovation: Innovative apps are revolutionary, inspirational, unique, and do things in completely new and exciting ways. […]
Gary Ng
10 years ago

Apple Launches Back to School Promo in Canada from June 11-Sept. 21

It was reported last minute prior to WWDC 2012 that Apple planned to launch their Back to School promo today, and indeed they did. The promo is now live on Apple.ca and will offer a $100 iTunes Gift card to go with Mac purchases and $50 towards iPad purchases. You must purchase your Mac or […]
Gary Ng
10 years ago

Apple has released iTunes 10.6.3 for download on its iTunes download page. The update has not made its way into Software Update yet, but is it available directly from Apple’s site. The updates within are most likely to support iOS 6. Tipsters have informed us iTunes 10.6.3 is also available in Apple’s iOS Dev Center. […]
Gary Ng
10 years ago 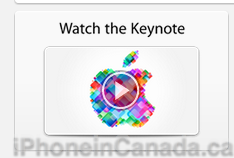 Apple has released their keynote video for WWDC 2012 on Apple.com for viewing. Currently, it appears the video is being slammed as you can access it via Apple.com, but the page itself shows ‘Available shortly’. So, keep trying, stayed tuned and enjoy they keynote! Requirements: Streaming video requires Safari 4 or 5 on Mac OS […]
Gary Ng
10 years ago