According to a report by The Korea Times, Samsung Chairman Lee Kun-hee‘s recent return from a three-month trip to Japan and Hawaii, could see a change in the company’s management due to the ongoing patents war with Apple. The publication notes that Chairman talked of a “sense of crisis” upon his return, sparking rumours about a possible management shakeup. 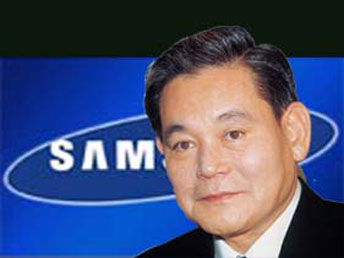 The report says that Samsung’s ongoing patent dispute with Apple is one of “several pending issues” that Chairman Lee, who has a history of taking lengthy overseas trips before making major changes at Samsung including new directions for the business and managerial changes, plans to personally consider. The source claims that changes which the Chairman plans to implement could be announced as soon as Wednesday, when he meets with reporters once again.

“The chairman has so far been consistent in emphasizing crisis, risks and even dangers over the past two decades since he took control of the group,’’ said one Samsung insider.

Other sources said Lee will himself check several pending issues, such as this year’s investment plan, the ongoing patent dispute with Apple and how to cut reliance on its mobile business, according to Samsung officials.

“From this week, Lee may instruct top executives to present fine-tuned strategies to help the group towards the next level,’’ said a Samsung executive, asking not to be named.

There is speculation that Samsung may invest as much as $43.2 billion this year, but there has been no official announcement about its investment plan.