In a new video shared on YouTube, David Narayan has compared his 2021 Tesla Model 3 with a 2018 Model 3 to show the major differences between the two Model 3 versions so you can decide whether it’s worth the upgrade or not (via Tesla North). 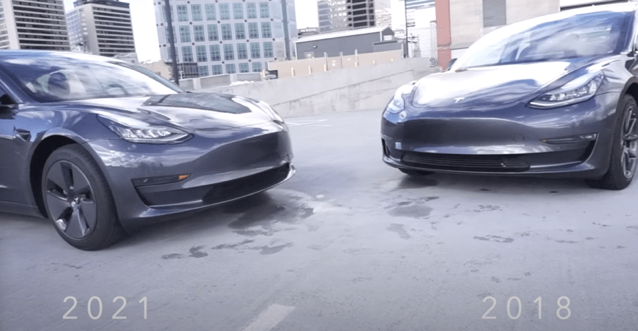 While comparing the sound difference with the new double-pane glass compared to the 2018 Model 3, a decibel meter of both cars driving resulted in the 2021 Model 3 only a decibel or two lower.

Check out the video below and don’t forget to share your thoughts with us.