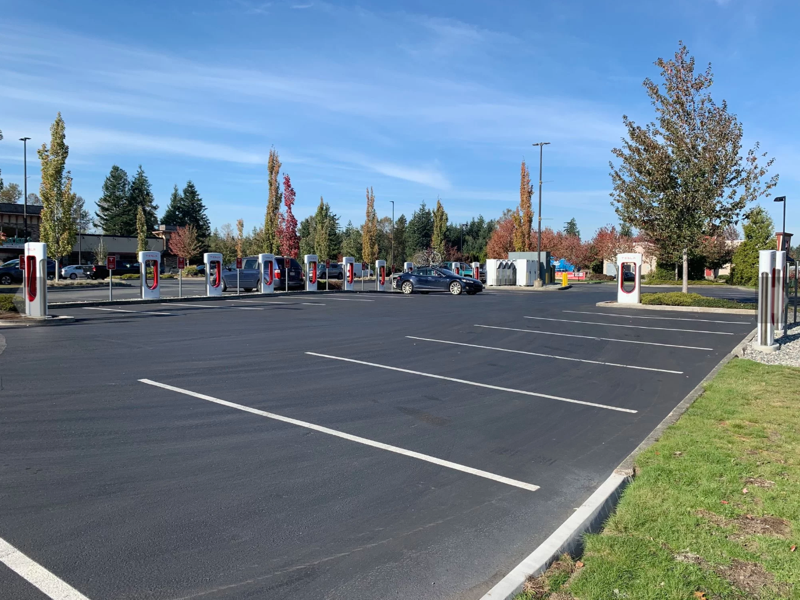 For the border town of Blaine down in Washington State in the United States, a new Tesla Supercharger is now open and live. Construction began earlier this summer and as of this morning, the charger is fully operational (via TMC).

Located at 8135 Birch Bay Square Street (at Birch Bay Square near Woods Coffee), the Blaine Tesla Supercharger will be a welcome addition for Canadians travelling down south and also Americans heading north of the border along Highway 99. These do not appear to be V3 Superchargers.

The new 14-stall Tesla Supercharger in Blaine means travellers looking to get juiced up can avoid making a detour to Tsawwassen Mills Mall towards the B.C. Ferries, or head north towards Surrey, if you’re looking to head east along Highway 1 towards Hope and beyond.

As for other Tesla Supercharger updates for Canadians, a new Supercharger began construction in Strathmore and Red Deer in Alberta, while a Supercharger in Woodstock, New Brunswick went online yesterday.