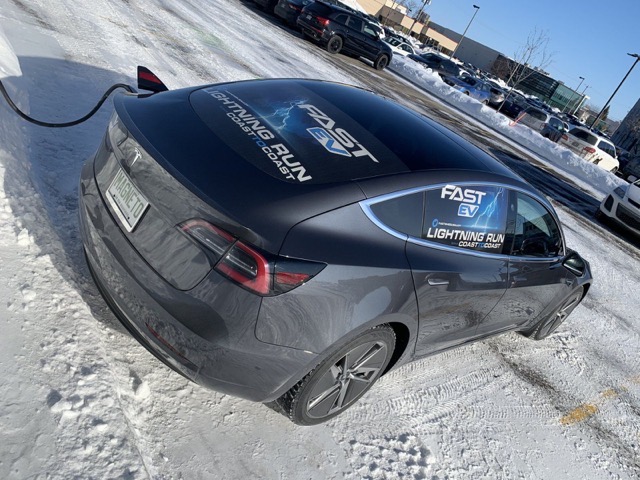 Dubbed the Fast EV Lightning Run, the road trip is the first of its kind that will begin from the water’s edge of the Tsawwassen reserve area in Delta, BC, all the way to the shores of the Atlantic in Point Pleasant Park in Halifax, NS.

The drivers, Ian Pavelko from Vaudreuil-Dorion, QC and Trevor Page of Aurora, ON, plan to take turns driving Ian’s Tesla Model 3 day and night. The duo thinks that if all goes according to plan, they can do it in about 3 days:

“So many people think that EVs are limited to secondary roles as commuter cars here, and while that may have been true in the early days, the advances of the last few years have changed the segment dramatically,” says the team. “As Tesla owners and fans, as well as advocates for the entire EV movement, we’re excited to make this trip and show people in dramatic fashion how capable these cars and the charging networks that support them really are.”

Pavelko and Page will also receive help from their primary sponsor Fast EV, a division of Fast Wheels part of Fastco Canada.