The much-awaited ‘Watch App for Tesla’ ($27.99) holiday update has just been released, which also includes direct vehicle control for using the Apple Watch as a proper Bluetooth key for Tesla (via Tesla North). 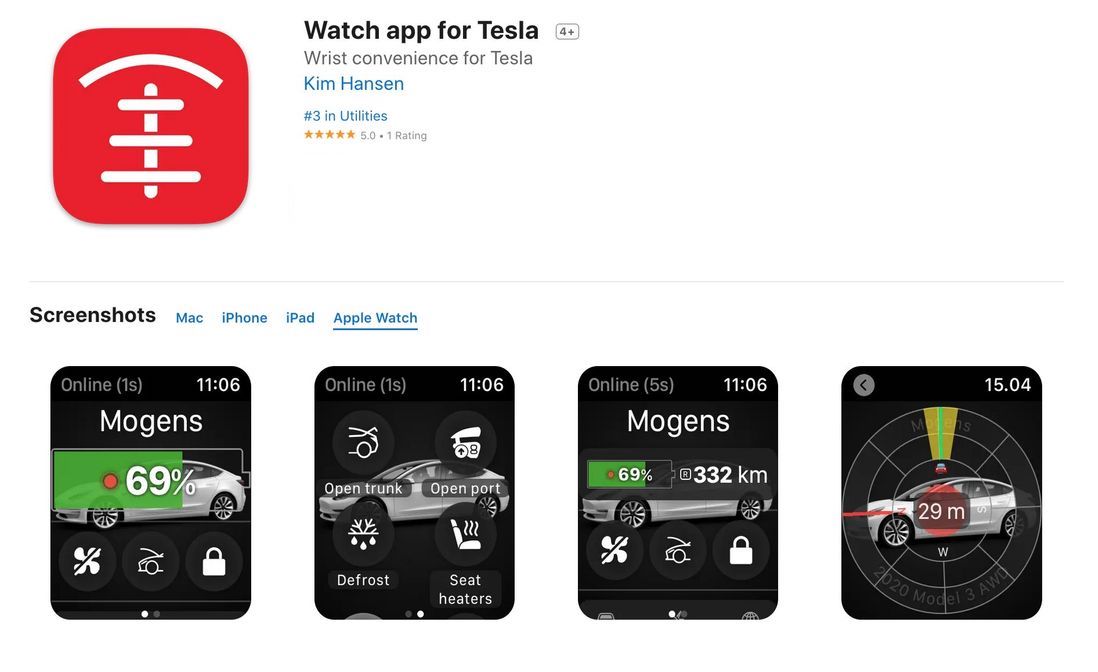 Following today’s update, Tesla drivers can use the Apple Watch to unlock and access Tesla vehicles, unlatch doors, and drive, without requiring Wi-Fi.

This means if there’s a problem with Tesla’s network, having this watch app with its new Bluetooth controls can let you unlock your vehicle.

To activate the watch as a key, simply open the Watch for Tesla app, navigate to the settings and enable “Bluetooth direct vehicle control.”

Then, you’ll need to bring the Tesla keycard into the vehicle and press the Add key button. Once done, tap the keycard on the card reader and tap confirm on screen.

“The Bluetooth key is device-specific, meaning that the pairing keys will not sync between different devices. For that reason, the account points out that users should do all the pairing from the watch app, rather than from the vehicle.

When the title area of the app displays a ‘Link’ icon, users will know their vehicles are within Bluetooth range and are linked.”

Other new features included in the holiday update are cloud processing for commands and increased reliability when sending tasks from Apple Watch to Tesla.