A 20-year-old B.C. man caught napping behind the wheel of a speeding Tesla Model S has been charged with dangerous driving by RCMP on Alberta highway (via TeslaNorth). Both front seats were fully reclined and both occupants appeared to be sound asleep, according to RCMP Sgt. Darin Turnbull. 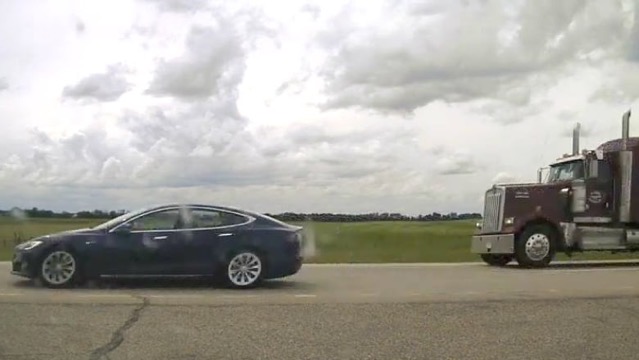 The car appeared to be driving in autopilot at more than 140 km/h said Turnbull. “Nobody was looking out the windshield to see where the car was going,” he continued.

“I’ve been in policing for over 23 years, and the majority of that in traffic law enforcement, and I’m speechless. I’ve never, ever seen anything like this before but of course the technology wasn’t there,” Turnbull added.

After the responding officer activated emergency lights on their vehicle, the Tesla automatically began to accelerate. Vehicles that were ahead of the Tesla moved out of the way, but the Tesla began accelerating, according to Turnbull.

RCMP charged the driver with speeding, issued a 24-hour licence suspension for fatigue, and also handed a criminal code charge of dangerous driving. The driver was served with a summons for court in December.