When Vaughan resident Nathan Cantkier noticed a Tesla heading straight towards his car as he pulled into the Thornhill plaza parking lot, he swerved around to see what kind of idiot was at the wheel. However, he was shocked to find out there was no driver at the wheel (via York Region). 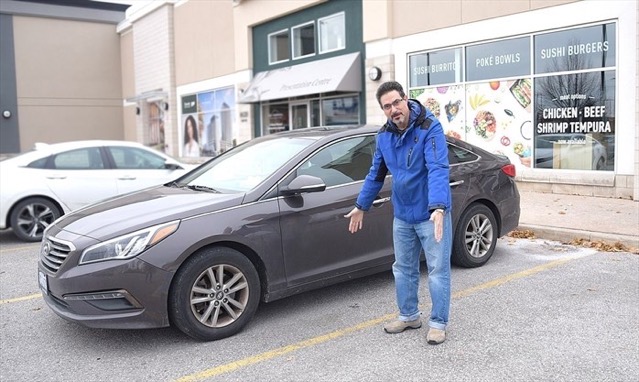 “I was like wtf? Where is this yahoo going? What a knob! … Only to find there was no driver and I was cussing at no one,” said Vaughan as he recalled how the car had been moving extremely slowly before coming to a dead stop and then slowly heading towards a parking spot.

Cantkier then noticed the Tesla was being controlled by the driver from a nearby yogurt shop using Tesla’s Smart Summon app.

“He was going too slowly. What if someone turned in to the lot at normal speed? This is two-and-a-half tons of metal. It can kill people.”

York Regional Police Const. Laura Nicolle said If an automated vehicle is operating in a way that is significantly unsafe or puts others at risk, or is violating any rules of the road, police should be contacted and will investigate — whether the vehicle is being driven on public roadways or private parking lots.

Tesla’s Smart Summon feature enables vehicles to navigate a parking lot and come to the driver or a destination of choice, as long as the car is within 200 feet and in their line of sight.