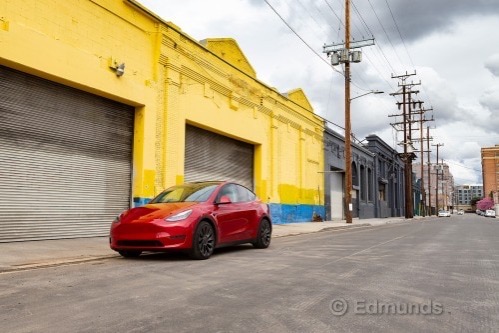 Currently, Edmunds’ long-term test page for the all-new Tesla crossover shows it has only been driven just 135 miles. However, the publication will be updating that page on a regular basis.

“The 2020 Tesla Model Y is a new electric small luxury SUV. It joins the Model X within Tesla’s lineup of electric SUVs. It’s smaller than the X and lacks some of the X’s flashiness (or gimmickry, some might say). The Y, for instance, has regular doors instead of the X’s upward rear swinging doors. In fact, the Y has a lot in common with the Tesla Model 3 sedan and has a similar interior design and electric powertrain. It’s one of the first small electric luxury SUVs to hit the market, though automakers such as BMW, Ford and Volvo are also set to launch rival electric SUVs of their own.”

The reviewer gives us a look at the Model Y’s interior before taking it out for a brief ride. He also talks about all the basics, including its price, release date, etc.

Check out the video review and let us know what you think.