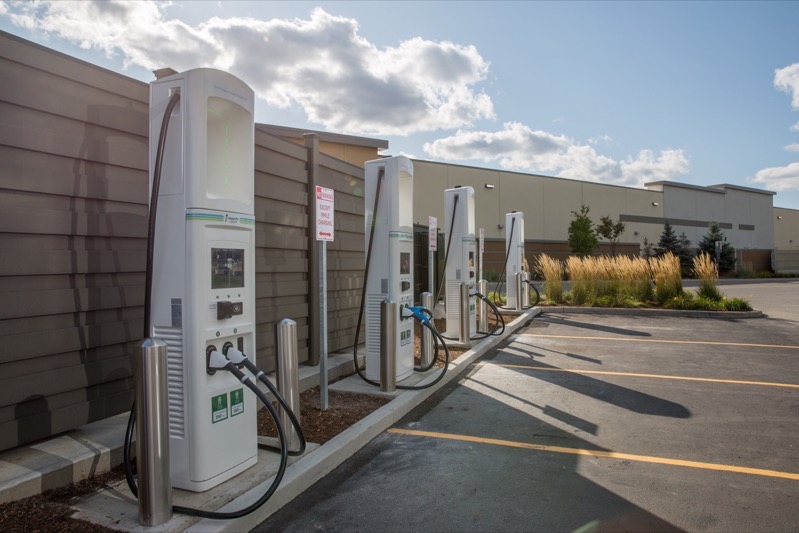 According to the company, 20 EV charger installations will take place across Canada at select retail locations of Canadian Tire in Ontario, British Columbia, Alberta and Quebec.

“Canadian Tire is one of Canada’s most recognizable and trusted retailers, making this collaboration a natural fit,” says Rob Barrosa, Chief Operating Officer of Electrify Canada, in a press release.

“We are thrilled to be entering into a relationship with a company that has strong Canadian roots and shares the same values and core beliefs of providing convenience and reliability of services to users. Together we look forward to bringing a positive charge to EV drivers across the country,” added Barrosa.

Electrify Canada EV chargers will offer the first-ever certified liquid cooled-cable 150 to 350-kilowatt (kW) DC Fast Chargers. The chargers will be CCS or CHAdeMO compatible. The company says its charging speeds can “service EVs from all automobile manufacturers.”

For Tesla owners, a CHAdeMO adapter at $450 USD will let you use these EV chargers and other compatible stations, if you’re far away from a Tesla Supercharger.