Elon Musk, the visionary CEO of Tesla and SpaceX, has been named TIME Magazine’s ‘Person of the Year’ for 2021 (via Tesla North). 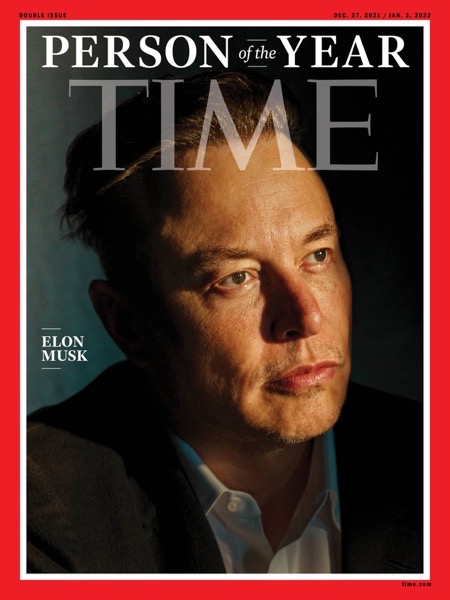 “Person of the Year is a marker of influence, and few individuals have had more influence than Musk on life on Earth,” writes the publication. In 2021, Musk emerged not just as the world’s richest person but also as perhaps the richest example of a massive shift in our society,” it continues.

“The richest man in the world does not own a house and has recently been selling off his fortune. He tosses satellites into orbit and harnesses the sun; he drives a car he created that uses no gas and barely needs a driver. With a flick of his finger, the stock market soars or swoons. An army of devotees hangs on his every utterance.”

Musk’s SpaceX has surpassed Boeing and others to own the world’s spacefaring future, whereas Tesla, which controls two-thirds of the multibillion-dollar electric-vehicle market, is now valued at over $1 trillion. That has made Musk, with a net worth of more than $250 billion, the richest private citizen in history.

Watch the video below with an interview with Musk from Starbase in Boca Chica, Texas: