As spotted by the folks over at Tesla North, service subscriptions through Tesla’s website are currently showing a free download of manuals for its vehicles, allowing anyone to access its car manuals for free. 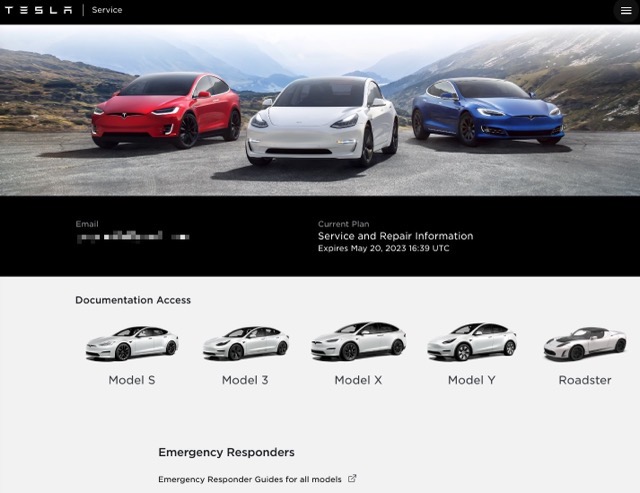 To download the official Tesla service manuals without paying anything, all you need to do is signup for a $0 subscription through the company’s website, which will allow you to click on the tabs “service and repair information,” and “diagnostic software.”

I hope this is not a mistake! Get yours while you can.https://t.co/gfr8SxEV2u pic.twitter.com/U9CBa21BG6

According to Tesla’s website, subscription pricing for diagnostic software costs $3,000 a year or $500 per month. While it remains unclear at this time whether this is a limited-time change or not, the company is so far allowing users to download the manuals for free just by signing up.

You’ll get a confirmation email and get immediate access to the service manuals for Model S, Model 3, Model X, Model Y, and Roadster.

The service manuals have everything you need to know to diagnose and tear apart your Tesla. So if you haven’t already, go ahead and download the official Tesla service manuals for free while you can.