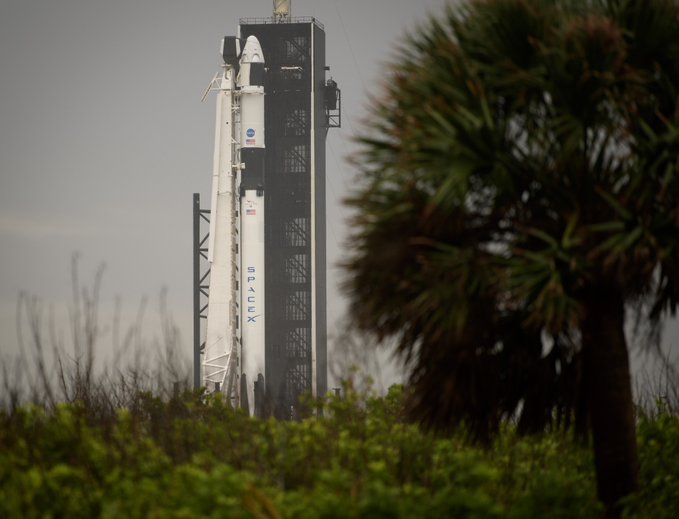 Today is an historic day as Elon Musk’s SpaceX prepares to launch its Crew Dragon into space through a partnership with NASA.

This will be the first launch by a private company to send people into space and is the first crewed NASA launch from the United States since 2011.

SpaceX is targeting Wednesday, May 27 for Falcon 9’s launch of Crew Dragon’s second demonstration (Demo-2) mission from Launch Complex 39A (LC-39A) at NASA’s Kennedy Space Center in Florida. This test flight with NASA astronauts Bob Behnken and Doug Hurley on board the Dragon spacecraft will return human spaceflight to the United States.

If you want to watch NASA and SpaceX’s Crew Dragon mission launch to the International Space Station live, you can do so by checking out the links below.

According to Elon Musk, the CEO of SpaceX, he told CBS News this morning, “‘I’m the chief engineer of this thing so I’d just like to say that if it goes right, it’s credit to the SpaceX-NASA team. If it goes wrong, it’s my fault.”