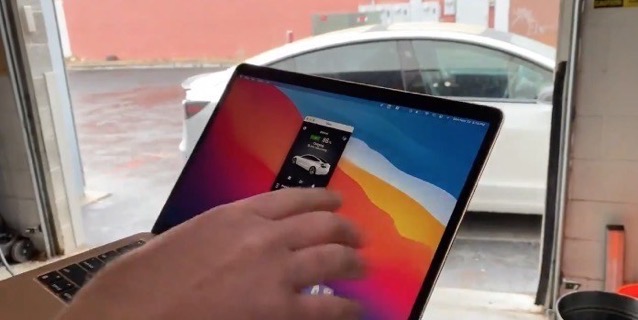 Thanks to the new Apple Silicon, iPhone and iPad apps can now be run on Apple’s M1-based MacBook Air, 13-inch MacBook Pro, and the Mac mini. This allowed Nelson to sideload the Tesla app onto his M1 MacBook Air and essentially use it as a Tesla key for his Model 3.

While it may not be a practical application for most people, it sure is fun to see in action. Take a look at the following video and tell us what you think in the comments section.

I have the world’s biggest car key and the world’s stupidest use for an M1 Mac. pic.twitter.com/oSqvVZHh1p