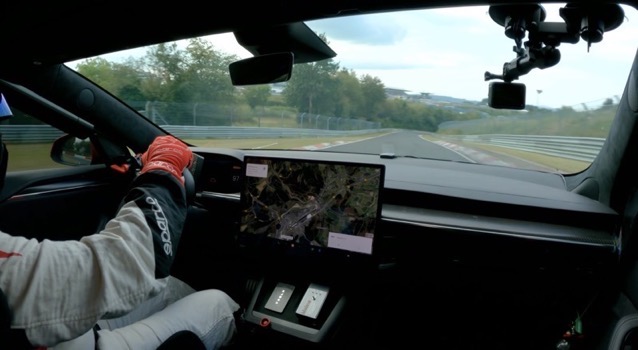 After announcing that Model S Plaid has set the new world record for an electric production car at the Nurburgring, Tesla has now shared in-car video footage of the full lap around the track (via Tesla North).

According to the official video footage, the Tesla Model S Plaid set the official full lap time of 7:35.579 at Nurburgring. Check it out below and share your thoughts with us in the comments section.