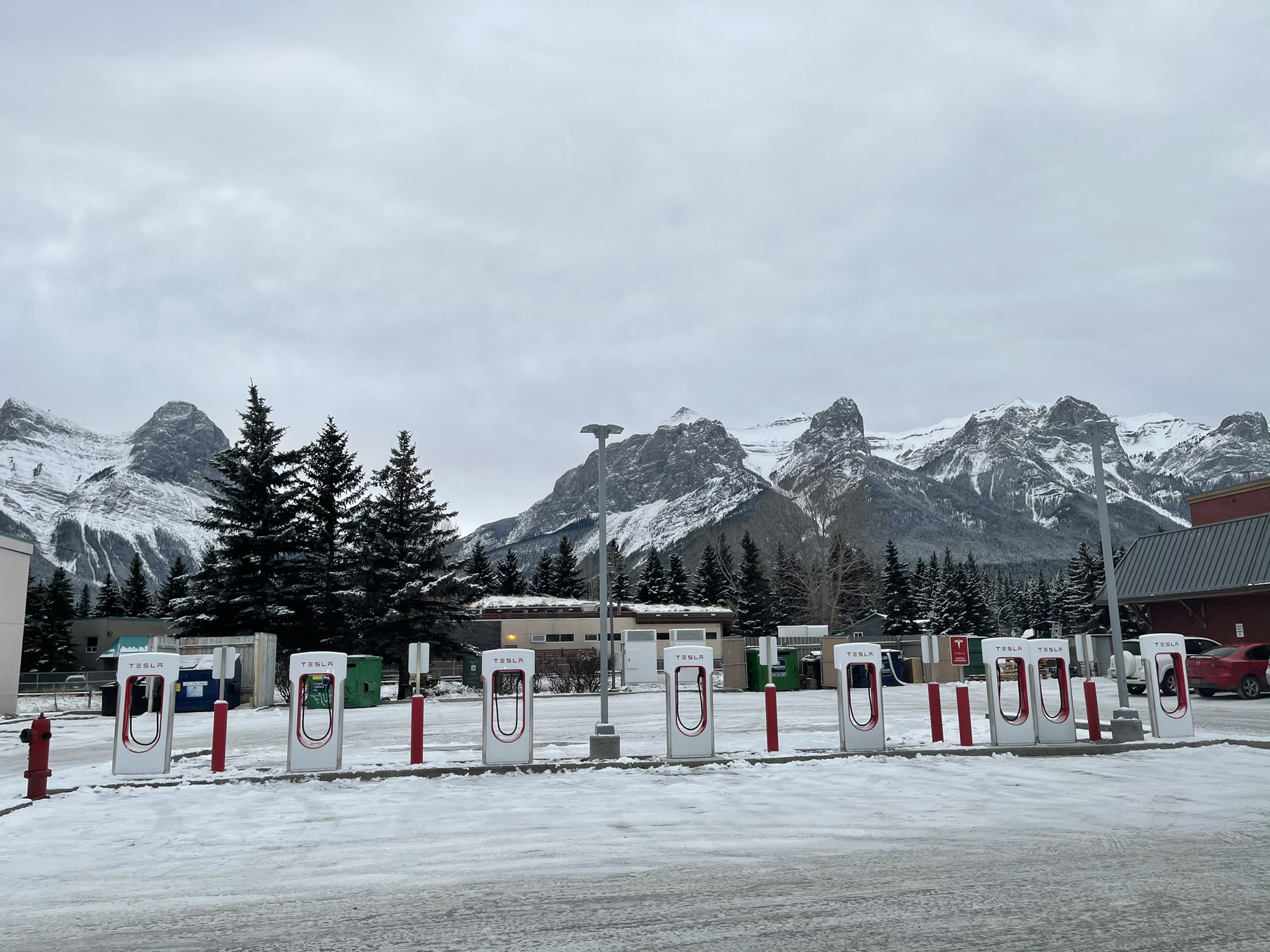 According to Tesla North, two new Tesla Superchargers have just gone live in Canada — one in Princeton, British Columbia, and another in Canmore, Alberta.

With significant incentives and credits for electric vehicle (EV) buyers and sales quotas for electric cars, Canada is a pretty big market for Tesla. As such, the EV pioneer is constantly looking to expand its Canadian network of Superchargers to further facilitate users.

The first of Tesla’s newest Superchargers in Canada is located at the Princeton Plaza at 136 Tapton Ave, Princeton, BC, just off the Crowsnest Highway. The location is equipped with 8 V3 Superchargers capable of delivering up to 250 kW charging rates per car.

The New Canmore Supercharger. Looks ready to be activated. pic.twitter.com/hOJyXd5ZYZ

The other new Supercharger is located in the parking lot of the Boston Pizza at 1704 Bow Valley Trail, Canmore, AB. This station is also equipped with 8 Superchargers, all V3 and capable of delivering up to 250 kW per car.

This new installation increases the tally of Tesla Superchargers in the popular tourist destination to two, with the older one located just down the road at the Canmore Rocky Mountain Inn at 1719 Bow Valley Trail, Canmore, AB. The Rocky Mountain Inn Supercharger only has four V2 stalls with a power output of up to 150 kW per car, however.

With Tesla to release its revolutionary Full-Self Driving beta technology in Canada sometime soon (Elon Musk confirmed it’ll happen very soon), it is always good to see the Supercharger network continue to expand across the country.