EVE Park, a luxury housing project currently under development in London, Ontario, will include parking towers fully equipped with Tesla electric vehicles, which will be made available to residents for private leasing and car-sharing with other members, Tesla North is reporting. 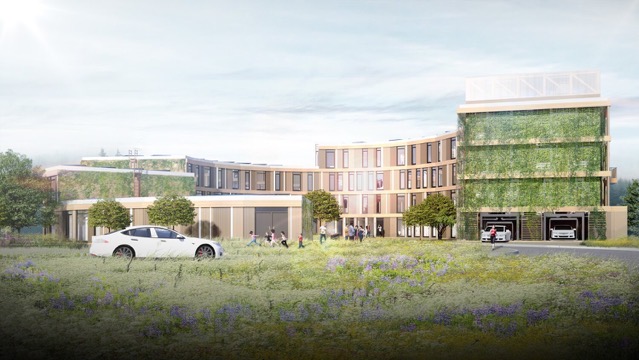 According to the EVE Park’s website, the parking towers in the project will also feature a variety of EV charging stations offset by solar energy. Every EVE Park community member will have access to the on-site EV charging, as well as a ChargePoint charging station located across the street.

At EVE Park, we wanted to make sustainability simple, accessible, and automatic.

Your commute shouldn’t be more difficult just because you want to do better for our planet. That’s why we chose to focus on clean transportation with an emphasis on Electric Vehicles (EV’s) and car-share programs within the EVE community – a simple solution to a cleaner commute.

Do you guys like the idea of a Tesla car-sharing service in a housing project?