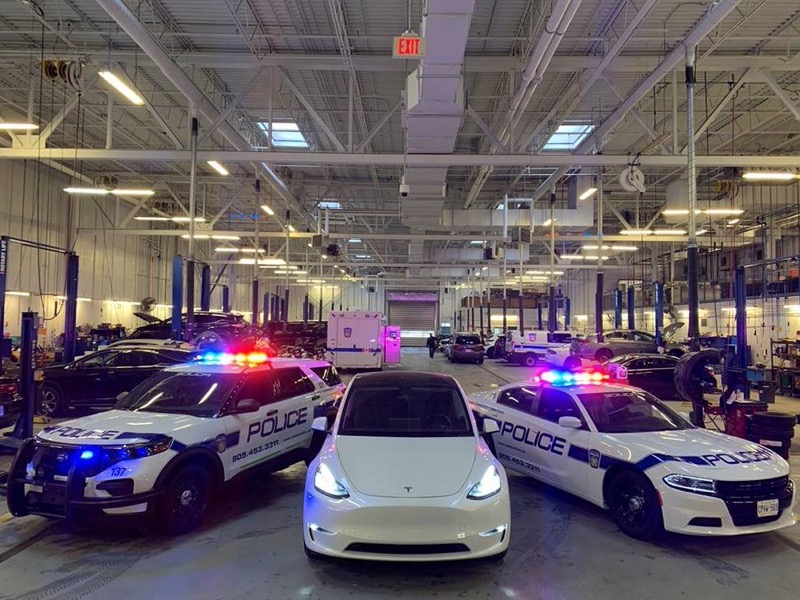 Peel Regional Police are considering a switch to electric cruisers, said the force on Thursday (via Tesla North).

The police force tested a Ford Interceptor Hybrid Utility in its fleet last year, which it said “checked off a lot of boxes for us,” according to Mark Figueiredo, Director of Materials Management.

But he added the police force can do better. “When you think about the average police vehicle out there, specifically the engine hours, a lot of people don’t know that 65% of those engine hours are spent idling. With the hybrid technology, all of those idling hours will be on battery.”

This is why right now Peel Regional Police are testing out a loaner Tesla, “to see if it would be practical with all of the extra equipment,” said Cst. Akhil Mooken.

It’s unclear what Peel Regional Police will decide, but the force’s picture of its police cruisers with a Tesla on Twitter has spurned a flurry of mixed responses.

Peel Police would have to modify any electric car with emergency equipment and lights, so there would be extra costs involved, but that likely would be offset by gas and maintenance savings in the long run.