Back in May, Tesla started construction on a new Supercharger in Salisbury, New Brunswick. As of this morning, the Supercharger has gone live.

According to a member from the Tesla Motors Club, charging was possible as of this morning. Here’s a photo of a Model X charging shared by user ‘NoBeard’: 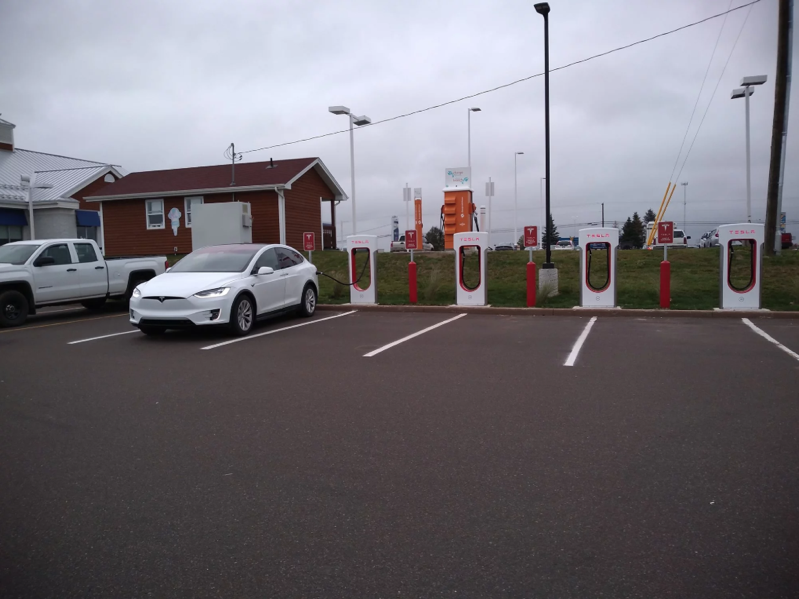 The new Tesla Supercharger is located at the Salisbury Big Stop and has eight stalls. According to Tesla’s website, this new location is the fourth Supercharger to go online in the province, with others slated for Moncton, Saint John and Woodstock.

Tesla is adding new V3 Superchargers along the Trans-Canada Highway, with 26 of 46 chargers being the newer, faster charger, capable of recharging at rates of 1600km per hour.