While the SpaceX Starlink Internet beta is now available to select Canadians, beta testers are getting their signals from uplink stations based in the United States.

However, that appears to be changing as the very first Starlink Internet Gateway has just been spotted in Canada.

Starlink is SpaceX’s low-earth orbit satellite internet solution, constellations hovering 550 km above Earth. These satellites beam internet signals down to uplink or terminals on the ground. There are currently 955 Starlink satellites in space as of November, with more launches set to come.

Since low-earth orbit satellites from Starlink are only 550km above Earth, compared to 35,400 km up for traditional satellite internet services, SpaceX is able to offer much faster download speeds and ping rates. 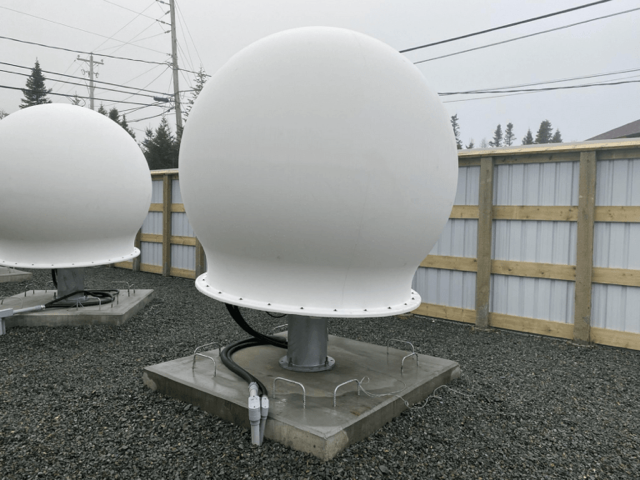 As reported by Tesla North, a Reddit user has shared photos of uplink terminals and other fibre network hardware from SpaceX’s Starlink at the Eastlink site in St. John’s, Newfoundland, Canada. Similar hardware is expected to pop up elsewhere in Nova Scotia and Newfoundland in the coming years. 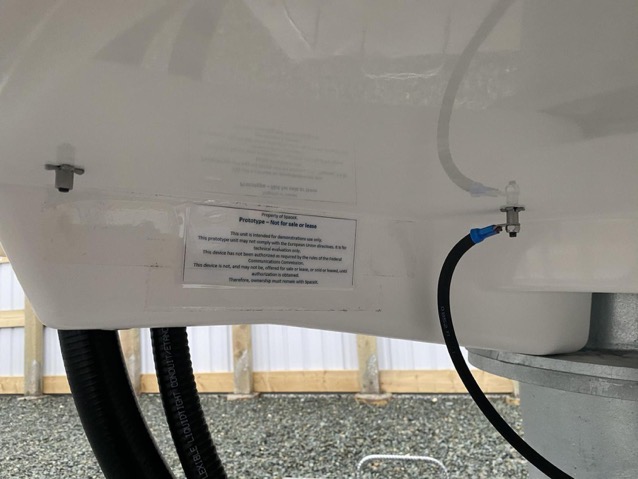 The user explained that the interfaces were all facing different directions, while adding that they are likely intended to help boost connection as the hardware searched for SpaceX’s satellites.

“SpaceX has tilted these gimbals strategically, such that their azimuth axis are not pointing up, but are inclined in different directions. This way, when a satellites appears, it gets assigned to the dish tilted such that the satellite can be tracked continuously without exceeding elevation limit and without experiencing the key-hole problem.”

The Canadian government has committed $600 million into Ottawa-based Telesat and its low-earth orbit satellite internet solution–but nothing has even made it up to the skies yet. Imagine if this money was put towards Starlink?

The first Canadians to get Starlink internet was the Pikangikum First Nation, part of a provincial and federal government and private partnership.

Starlink Internet beta invites in Canada have so far been received in B.C., Alberta, Saskatchewan, Manitoba, Ontario, New Brunswick, and Nova Scotia. The dish is priced at $649 CAD, while service is at $129 CAD per month, with beta speeds so far reported well over 100 Mbps.

As reported by the folks over at Tesla North, Tesla delivered its first production electric truck to the customer, PepsiCo, at its Semi delivery event on Thursday evening at its Gigafactory in Sparks, Nevada. At the event, CEO Elon Musk was also available for a presentation alongside Dan Priestley, Senior Manager, Semi Truck Engineering. Musk...
Usman Qureshi
3 hours ago