Telus Health has today announced the launch of its all-new digital Virtual Pharmacy service aimed at improving medication management by ensuring timely delivery of prescriptions direct to a patient’s home. 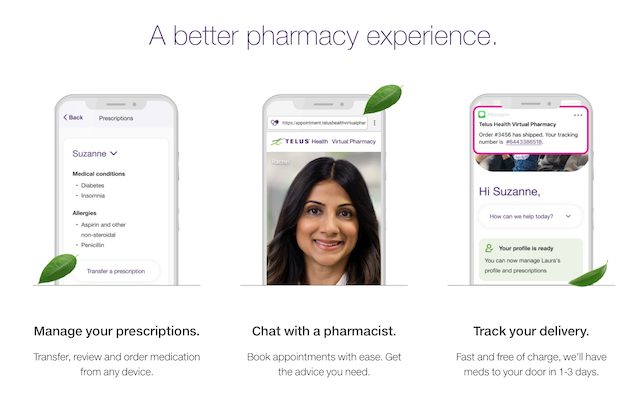 The service will provide unlimited access to virtual pharmacist consults by offering one-on-one video and phone consultations with pharmacists from the comfort of their home.

According to a new research, the issue of patients not taking their medications as directed, called medication non-adherence, is growing rapidly in Canada.

A survey conducted by Leger for TELUS Health found:

Telus Health Virtual Pharmacy is available now in English in all provinces, excluding Quebec, through a free mobile app for both iOS and Android devices. The French version of the service will also be available in the coming months.