As spotted by the folks over at TeslaNorth, a Model S owner has shared a video on Reddit showing Apple’s MagSafe charger neatly integrated into his car’s console area. 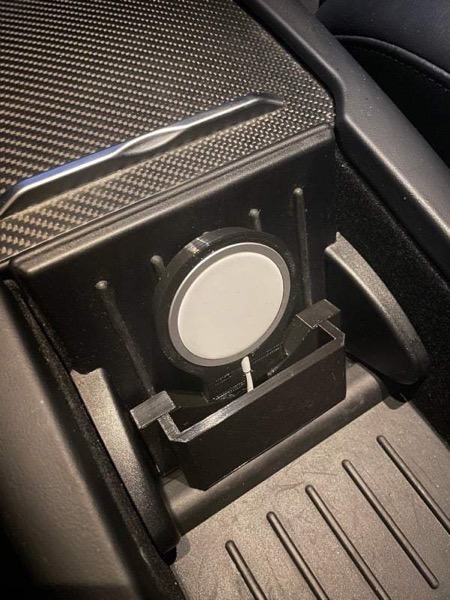 The Model S owner created the MagSafe charging adapter for his Tesla’s console using a 3D printer. He has now also setup an Etsy listing for other Tesla owners seeking to purchase the adapter. The Models S owner also notes that proceeds from the adapter’s sale will be donated to a charity that supports clean energy.

“This is an Apple MagSafe adapter for the phone holder on your Tesla center console. This is installed in-place using 3M Command strips, to allow for firm installation and easy removal for the future,” explains the item description.

“Proceeds will be donated to a charity that supports clean energy! Just as a reminder, you will still need an Apple MagSafe charger and a USB C power adapter for your vehicle.”

MagSafe on my Model S!