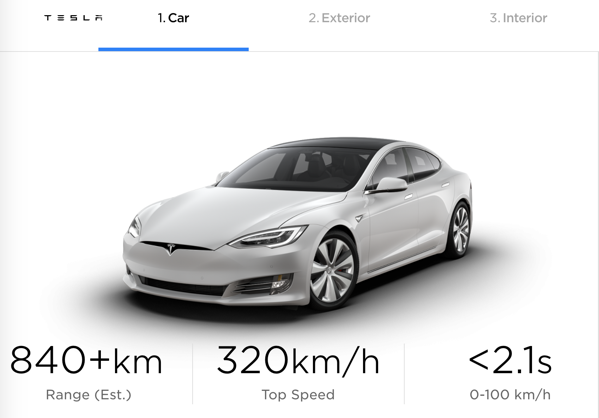 Tesla today at its Battery Day event announced it plans to halve the cost per kilowatt hour of its batteries, achieved through new vertical integration and a new cap-less battery cell, according to Tesla North.

CEO Elon Musk also surprised by announced orders for the new Tesla Model S Plaid, which offers an estimated range of 840 kilometres, a 0-100 km/h time of about 2.1 seconds and a top speed of 320 km/h, thanks to its 1,100 horsepower.

You can now whip out your credit card to order this tri-motor all-wheel drive Model S for a staggering $189,990 CAD in Canada. 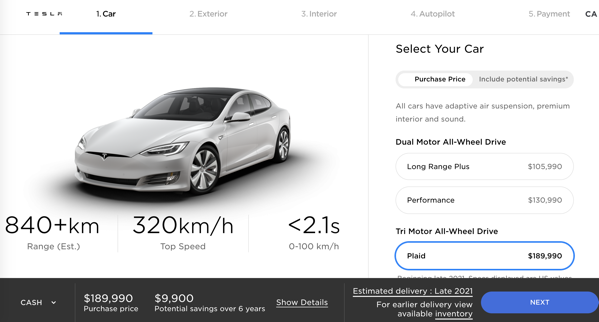 Tesla says the new Model S Plaid has the “quickest 0-100 km/h and quarter mile acceleration of any production car ever,” while it also will smash a quarter mile in under 9 seconds. The Model S Plaid comes with 19-inch Tempest wheels, or you can pay $5,900 CAD for an upgrade to 21-inch Sonic Carbon Twin Turbine wheels.

Interior options come as all-black for standard trims, while upgrades are available to black and white or cream for $2,000 CAD more. An order today requires a refundable $2,500 USD deposit.

The estimated delivery for the Tesla Model S Plaid in Canada is “late 2021”, so it’s going to be over a year before you even get this faster Model S.