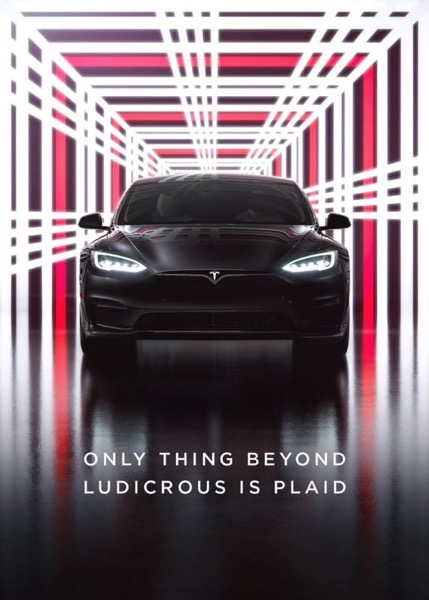 As reported by the folks over at Tesla North, the Tesla Model S Plaid now tops Wikipedia’s list of the fastest production cars by acceleration, with an independently-captured time of 1.98 seconds for 0 to 60mph acceleration.

The Tesla model S Plaid is now officially listed on Wikipedia as the quickest car ever made to do 0 to 60 in 1.98 secs! pic.twitter.com/xXpEI7Z0F7

The list shows the Tesla Model S Plaid’s time best both the Porsche 918 Spyder and 911 Turbo. The car has also topped the 1/4-mile acceleration list, landing just above the Bugatti Chiron Sport by a difference of almost 0.2 seconds.

“The independent test posting a 1.98-second 0 to 60 came from Motortrend, and while the publication was forced to jump through some of Tesla’s hoops to achieve the time, the Model S Plaid also landed a 2.07-second 0 to 60 when testing on normal asphalt – still beating Porsche’s two next-best 0 to 60 times.”

Earlier this week, a senior Analyst at Oppenheimer also called Tesla Model S Plaid an “impressive feat,” while praising the car for its innovative technology and incredible speeds.