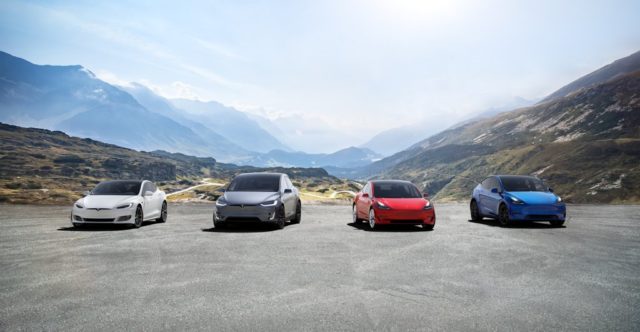 After cancelling their old referral program, Tesla as announced a new program for 2019, which will offer you free miles of Supercharging for each friend you refer:

Now, each time a friend purchases a new Tesla using your referral code, you’ll both get 1,000 miles of free Supercharging. Each referral also gives you a chance to win a Founder’s Series Model Y monthly and a Founder’s series Roadster supercar quarterly, both signed by Elon Musk and Franz von Holzhausen. Tesla owners who already have unlimited Supercharging get two chances to win with each referral.

CEO Elon Musk clarified on Twitter the monthly and quarterly winners are based on a worldwide basis, while new limits mean you can only win each prize once.

“No, it’s cumulative, but once you win one of the prizes, referral count resets to zero & you can’t win that prize again. Intent over time is to enable those without a massive social media presence to win,” explains Musk.

The previous referral program allowed top referrals to earn multiple free Teslas, including new Roadster models, which was costly to the company.

Tesla explains “our customers’ enthusiasm for their vehicles has propelled Model 3 to become the best-selling luxury car in the U.S. and the best-selling electric vehicle in the world last year.”

The company explains the previous Referral Program “came with significant costs, and ending the program last year allowed us to pass those savings along to customers.”

Tesla concludes to say “Our goal is simply to build the best and safest cars according to U.S. government testing, so that owners will share their experiences with others and help accelerate our mission towards a sustainable future.”

The company recently announced its new Model Y, while earlier today we told you how Saskatchewan is on their way to getting the first Supercharger in the province.