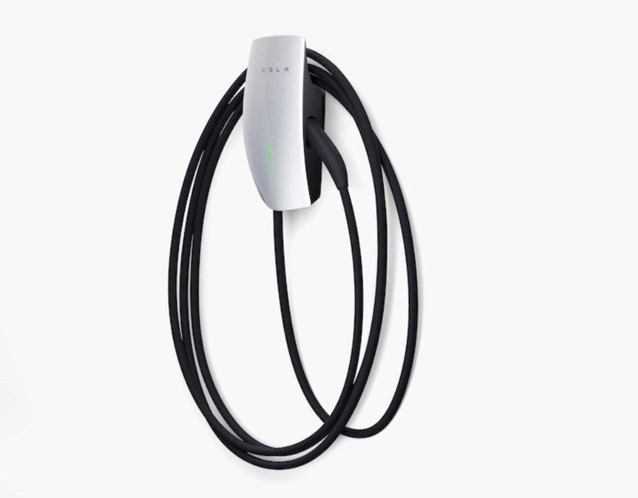 Tesla’s new wi-fi connected smart charger is, however, limited to delivering 48-amps (10kW) while the previously available one could deliver up to 80-amps (20 kW), although this shouldn’t matter since Tesla now limits the AC charging on all of their cars to 48-amps.

The new wall connector also has a shorter cable than its predecessor. The cable is now 18 feet long, compared to 24 feet for the model it replaces. Moreover, it is not yet known what smart-charging features will be offered, like Amazon Alexa compatibility, and the ability to participate in demand response utility programs.

“Charge at home, anytime. Tesla Wall Connector provides a full charge overnight for every homeowner. With customized power settings, the lightweight design allows for versatile indoor/outdoor use, including a range of electrical systems and mounting options. Monitor your charge with the Tesla app and receive notifications when complete. Wi-Fi connectivity enables over-the-air firmware updates and remote service if necessary. Tesla Wall Connector offers the best home charging experience for any Tesla owner.”

Tesla says the unit will be able to get OTA upgrades but it’s unknown what upgrades they plan at this point. The charger is available to order now on Tesla’s website for US $500.