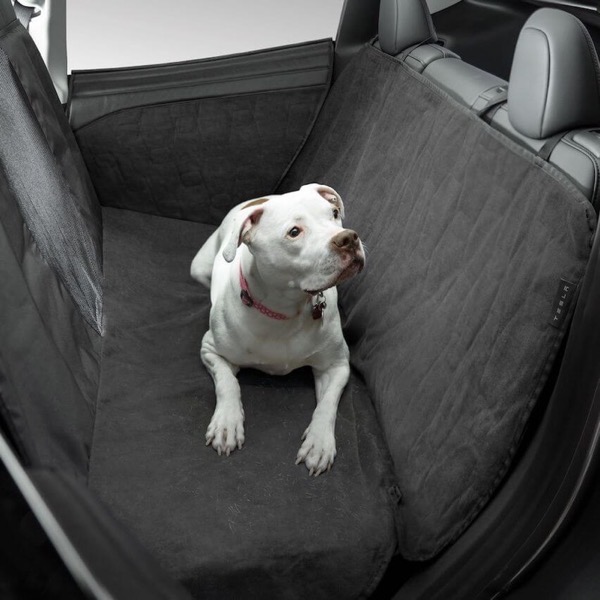 There’s also a carrying case that comes with the pet liner for storage, that has the Tesla logo.

“Model S/3/Y Pet Liner is made from a breathable quilted fleece material, creating maximum comfort for your pet during car rides or while relaxing in Dog Mode,” states Tesla’s website.

The Model X Pet Liner does not have side door protectors and only fits 5 and 7-seat configurations.