Tesla CEO Elon Musk has recently revealed on Twitter that the company’s highly anticipated electric pickup truck is now expected to make its debut in November. What is described by Musk as “the coolest car I’ve ever seen” was previously expected to arrive this summer or October at the latest. 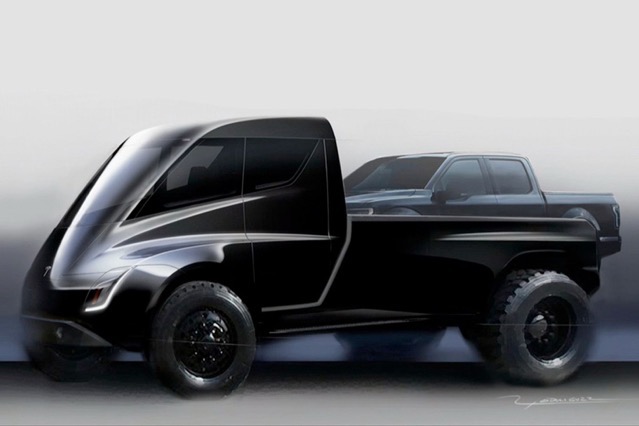 Back in 2017, a concept image of the science-fiction inspired electric pickup was shown during the unveiling of the Tesla Semi. Other than that, Tesla has not shared any information about the truck.

About a minute in, we flashed a teaser pic of Tesla cyberpunk truck pic.twitter.com/hLsGsdyuGA

Although Musk has previously said that he doesn’t care if anyone buys the futuristic pickup truck while adding that he’d build a more conventional pickup in the future if it doesn’t sell, he did describe it in a Recode interview last year.

“It’s gonna be like a really futuristic-like cyberpunk, “Blade Runner” pickup truck. It’s gonna be awesome, it’s gonna be amazing. This will be heart-stopping. It stops my heart. It’s like, oh, it’s great.”

”It’s gonna have a lot of titanium,” Musk added later.

Whenever it launches, the Tesla pickup is expected to face stiff competition from Ford’s all-electric F-150 which the company has been advertising for quite a while.