Back it May it was reported Tesla had started construction on Nova Scotia’s first Supercharger, located in Enfield.

As of yesterday, the new Tesla Supercharger in Enfield went live, according to the Tesla Motors Club, with one of the first customers sharing an image of their Model S charging: 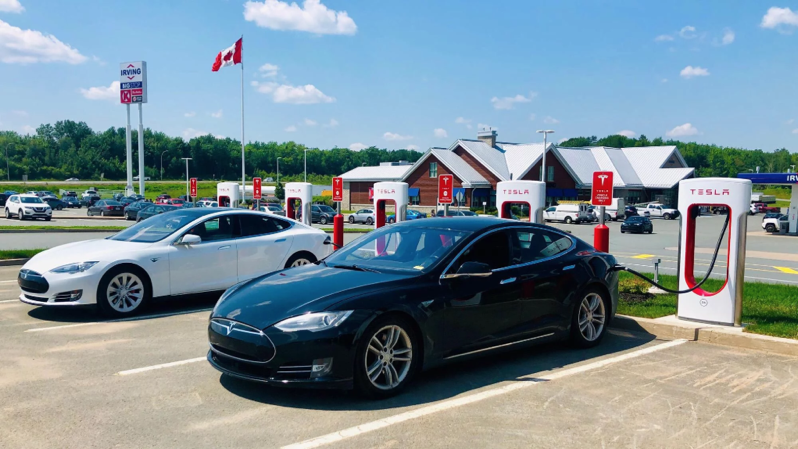 Image via the Tesla Motors Club

The Tesla Supercharger in Enfield is located at the Irving Pit Stop off the 102 highway, where a Circle K and Tim Hortons also resides.

With the Enfield Tesla Supercharger online, it now marks the sixth province in Canada to get a Supercharging station. For now, Tesla Canada’s website lists Enfield as the sole Supercharger in Nova Scotia.

Yesterday, we told you Tesla had received approval for a Supercharger in Osoyoos, B.C., and also started construction for new charging stations in Maple Creek, Saskatchewan and McKerrow, Ontario.