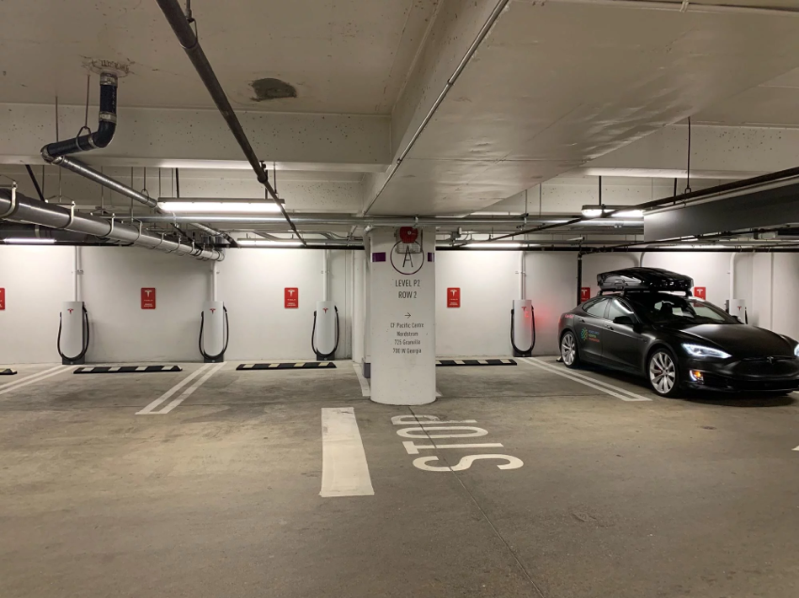 The new 22-stall charging station opened late last week in the mall’s P2 underground parking, below Nordstrom, along the southwest wall. The mall parking lot is not free, as it costs $3.75 per half hour to park there (it’s downtown).

The Tesla Supercharging station was designed and engineered by AES Engineering, told Daily Hive, “At Pacific Centre, we had a great opportunity to utilize existing electrical infrastructure to support the goal of EV adoption in the City of Vancouver.”

Tesla has yet to update its website to indicate this new Supercharging station going live. Upcoming stations are pegged for North Vancouver and West Vancouver as well. Other stations are noted as “coming soon” for Burnaby, Richmond and White Rock, to join existing chargers in Tsawwassen and Surrey.