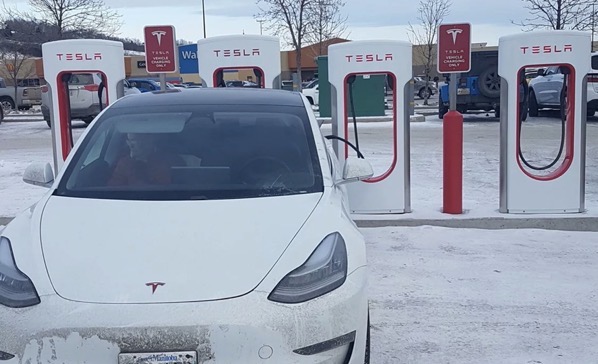 Earlier today it was noted a new Tesla V3 Supercharger was online in Portage la Prairie, Manitoba, but it looks like that wasn’t the only one that opened.

New Tesla Superchargers are now available in Winnipeg and Brandon in Manitoba as well, while a third has launched in Whitewood and Regina in Saskatchewan, according to users in the TMC Forums.

Tesla Canada’s website indicates Reynolds in Manitoba still has a Supercharger coming, the last one indicated for the province. For Saskatchewan, Tesla has down seven Supercharger locations, however, it appears Whitewood is new, as it lands between upcoming stations in Moosomin to the east and Wolsely in the west.

Back in September, Tesla publicly stated 26 of the 46 Superchargers being built along the Trans-Canada Highway were V3 models, capable of faster charge rates and thusly allowing for fewer wait times for owners of the company’s electric vehicles.