Toronto Gets the First Tesla Model Y Delivered in Ontario 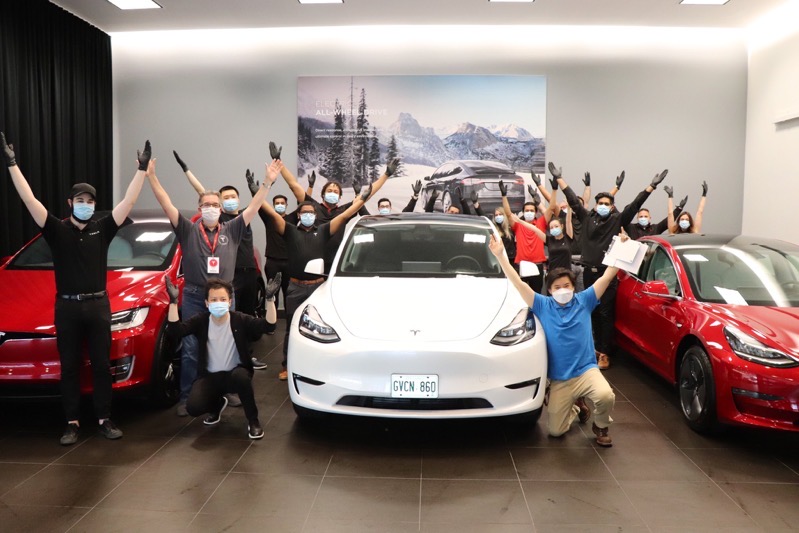 The Tesla Model Y delivery train keeps chugging along, as the first delivery for Ontario took place yesterday, at the Tesla store in North York.

The first recipient of Ontario’s first Model Y was an existing Tesla owner, Sam Zhang, according to the Tesla Owners Club Ontario, which on hand to witness the delivery. As Zhang was led to tall black curtains, which were pulled apart to reveal his white Model Y, to loud applause from Tesla staff in the store.

The proud owner picked up his new Tesla today at the Lawrence location.

Sam Zhang is a Model 3 owner and was excited to finally pick up his Model Y today.

Club executives were on site for the delivery and to congratulate the new owner. pic.twitter.com/ca4qVeLBEW

The next Model Y deliveries beyond B.C. and Ontario are expected to take place on June 27 in Montreal, Quebec, and Calgary, Alberta, according to existing owners sharing their confirmed dates online via Facebook, reports Tesla North.