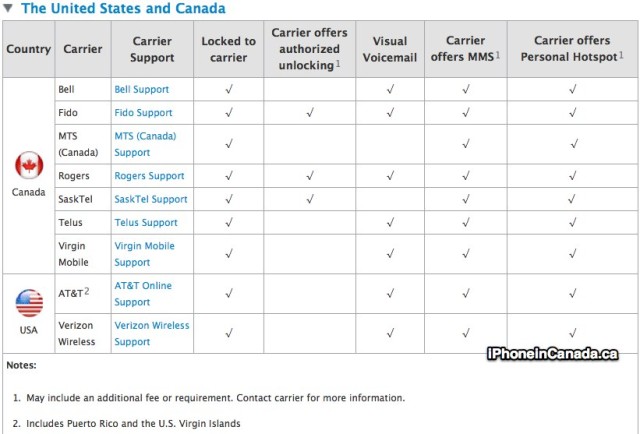 If you consider the money spent in your contract over the duration of three years, you would think your device would be unlocked for free, instead of paying yet another fee. It’s no wonder more and more people now choose to order factory unlocked iPhones from Apple to avoid device upgrade headaches year after year. Let alone a factory unlocked iPhone is the envy of the world.

AT&T and Verizon in the U.S. are listed, but they do not offer device unlocking. Our neighbours down south will be able to purchase factory unlocked iPhone 4S units in November, whereas Canada was able to pre-order unlocked units right on October 7th.