The second round of the 144th Open at St. Andrews is underway and if you don’t want to miss the latest scores, you can now track your favourite players from the official iOS app of The Open right on your Apple Watch. 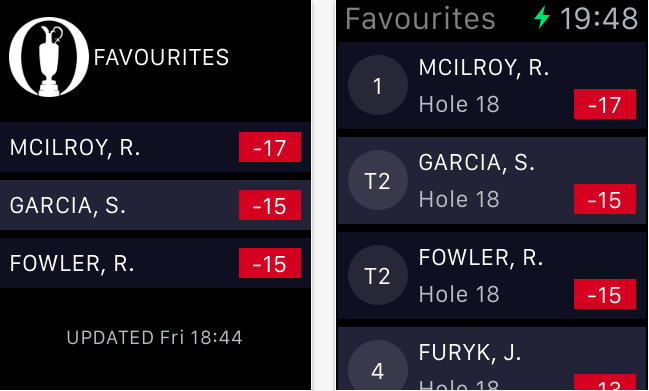 The app, while available all-year round, has been updated for this year’s major and includes news, up to the minute live scoring, video highlights, an interactive course guide and more.