If you’ve been eyeing the gorgeous Space Black Link Bracelet for Apple Watch, it is now available for standalone purchase, for just $749 CAD ($549 USD). As you can see, our exchange rate is really impacting the cost of Apple products. 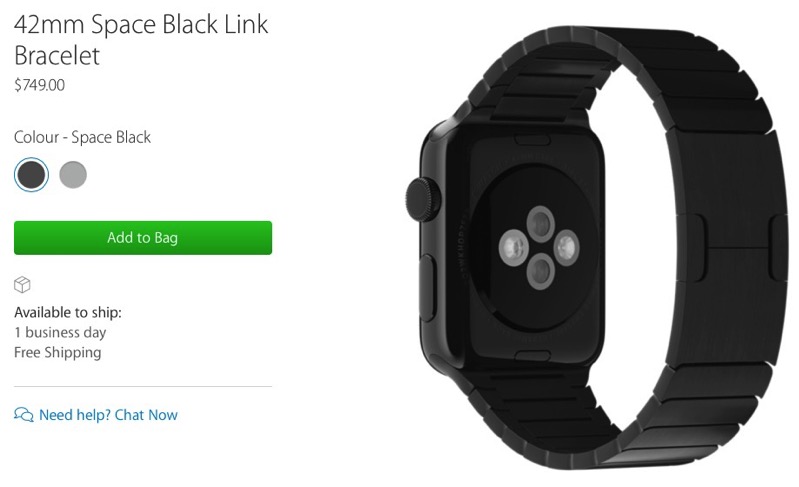 The silver Link Bracelet ($599) has always been available but now Space Black has been added to the mix, as noticed by Apple engineer Patrick Burleson on Twitter (via iMore). It has an ‘Available to ship’ estimate of one business day.

Let us know if you’re going to be picking one up!