Apple Canada has restocked various refurbished Apple Watch models, with Series 1 in 38mm and 42mm now available, along with various Series 2 38mm models, with prices starting at $279. Series 1 models were launched a year ago, as an upgrade over the original Series 0. 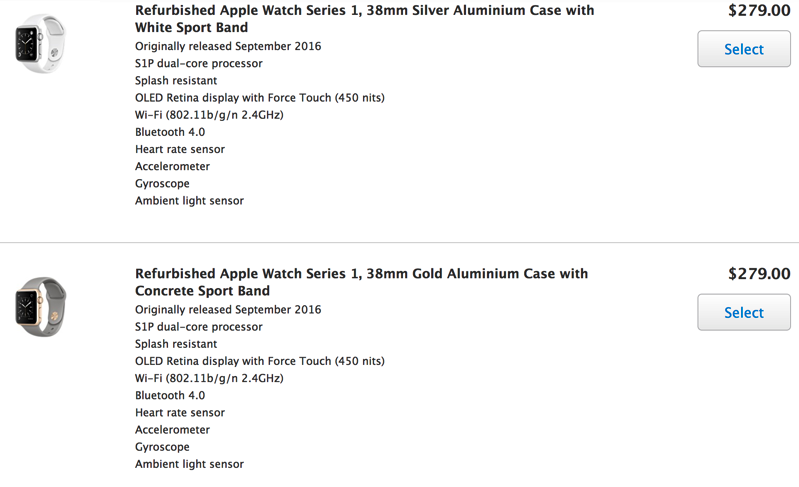 What’s the difference between Series 1 versus Series 2? Series 1 has a dual-core S1P processor, while Series 2 has an S2 dual-core processor and GPS/GLONASS, plus is water resistant (versus splash resistant on Series 1).

Series 2 38mm models started at $489 before the introduction of Series 3, so the refurbished model saves you $170.

If you have no need for a new Series 3 and its option for cellular capabilities, a Series 1 or Series 2 can definitely still do the job depending on what you need. These refurbished prices make Apple Watch even more enticing, as their condition is good as new, minus the shiny retail box (the refurb boxes themselves are decent).

Let us know what you’re going to pick up—the aluminum versions will sell out quickly.