Apple.ca has restocked various Apple Watch Series 1 and 2 models in both 42mm and 38mm in the online refurbished store. 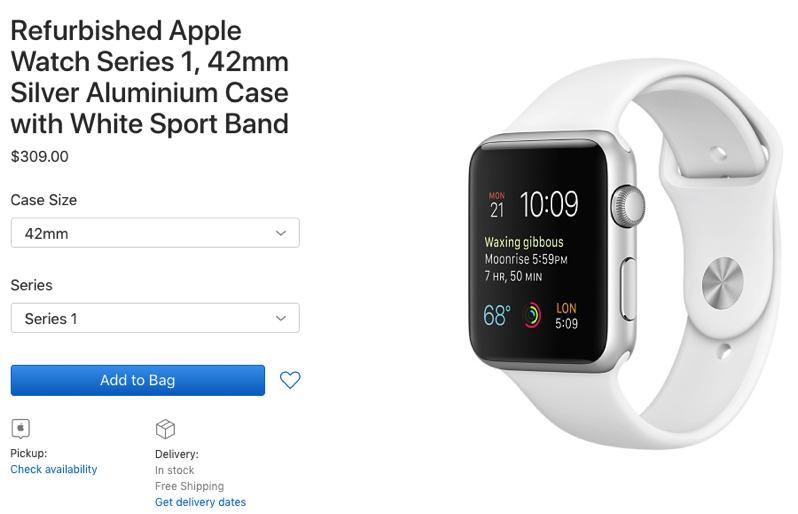 38mm Apple Watch Series 1 in aluminium is available for $279 (released in 2016), while 42mm versions are $309 CAD. Buying these models refurbished will save you $50 and $60 respectively, versus buying new from Apple.

Apple Watch Series 2 models are no longer offered for sale by Apple and are definitely a good choice if you don’t need LTE connectivity, as offered with Series 3. You’ll be ‘saving’ $110 and $120 respectively versus Series 3, which comes with a W2 processor. Do note only the Series 3 LTE gets a ceramic back, whereas the non-LTE model gets a composite back.

All Series 2 Apple Watch models have a ceramic back, another bonus. 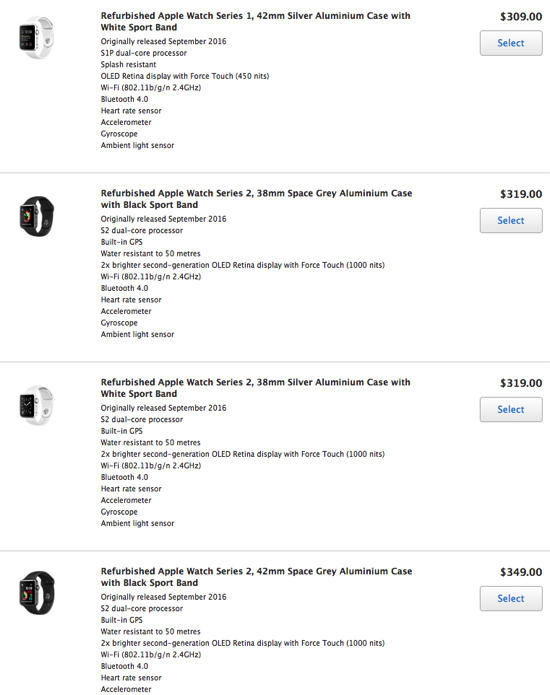 These will sell out quickly, so click here if you’re looking to get one for a Christmas gift for someone.