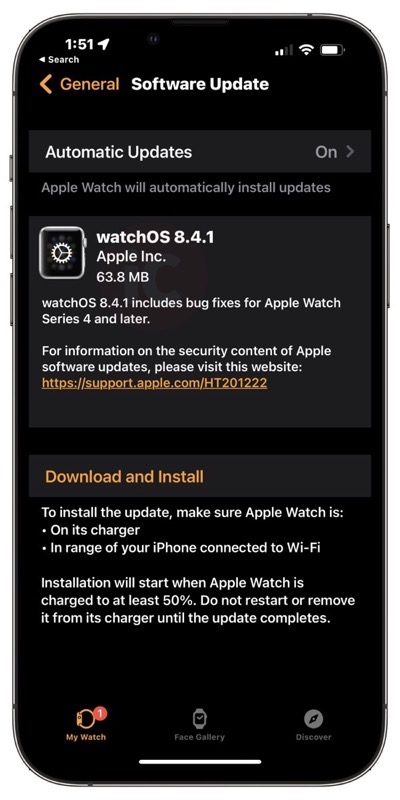 After releasing watchOS 8.4 last week alongside iOS 15.3 and more. Fast forward six days later and now we have a watchOS 8.4.1 update, only for Series 4 and later.

According to Apple, this release contains unnamed “bug fixes”. The watchOS 8.4.1 update is listed on Apple’s security updates page, but there are no published Common Vulnerabilities and Exposures (CVE), yet.

To update your Apple Watch, launch the Watch app, then head to General > Software Update. The watchOS 8.4.1 is coming in as 63.8MB for the Apple Watch Series 4.

There’s a major Black Friday deal coming from Sport Chek that is offering up 50x back in Canadian Tire Money, when you buy an Apple Watch from November 24 to December 7, 2022. These bonus CT Money events coupled with Apple Watch are the best time to purchase one of the latter, as you’ll get […]
IIC Deals
2 days ago

Amazon Canada’s early Black Friday deals right now also include a variety of Apple products as part of the sale, including Apple Watch, Beats Studio Buds, MacBook Air and Pro, iPad and more. Check out what’s on sale below right now in terms of Apple deals on Amazon Canada we’ve compiled for you: Up to […]
IIC Deals
2 days ago