Apple has released watchOS 5.0.1 this afternoon, a 49.6MB download which includes improvements and bug fixes, including the following: 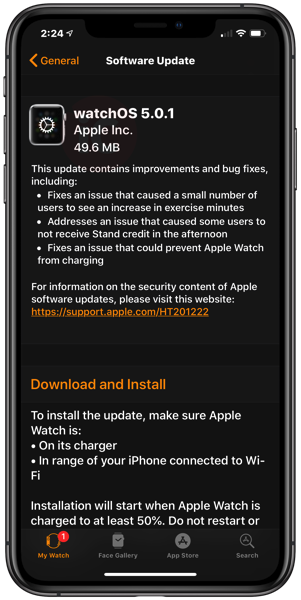 You can install this update by launching the Watch app on your iPhone, then going to General > Software Update > Download and Install. Let us know if this update fixed any bugs related to your Apple Watch.