Apple Watch users are pretty much aware of Apple Music, the latest Wristly survey reveals, as 71% of them have started the trial. The main question, however, is whether they will convert to paying subscribers – Apple Music is free until the end of September, but after that a single membership will cost $9.99. 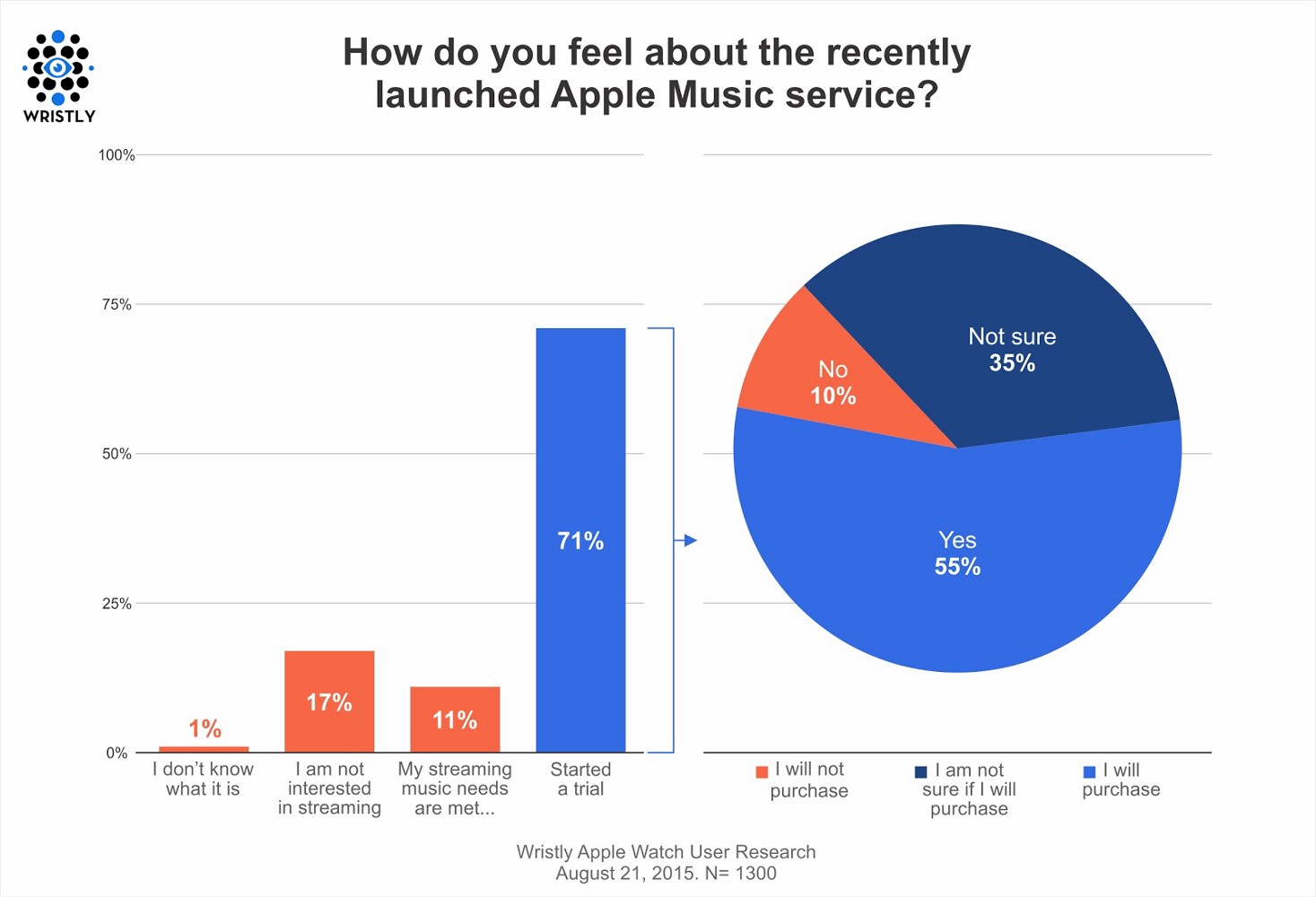 We know from Jimmy Iovine that Apple faces big challenges with Apple Music. Some reports have claimed that some subscribers have already stopped using the free trial, but the Wristly survey doesn’t seem to corroborate it. Looking forward, 55% of Apple Watch owners will likely remain Apple Music subscribers, but another 35% are not sure, and 10% will definitely skip it.

It may be stating the obvious, but there is now “scientific” data to back it: The Apple Watch isn’t a media consumption device. Almost 30% of owners use it to listen to music and about 16% to podcast, while the rest of the surveyed users don’t use the device at all for music, photos, or video content. A minority of Watch owners use a Bluetooth headset, and of those almost half use it to stream music. 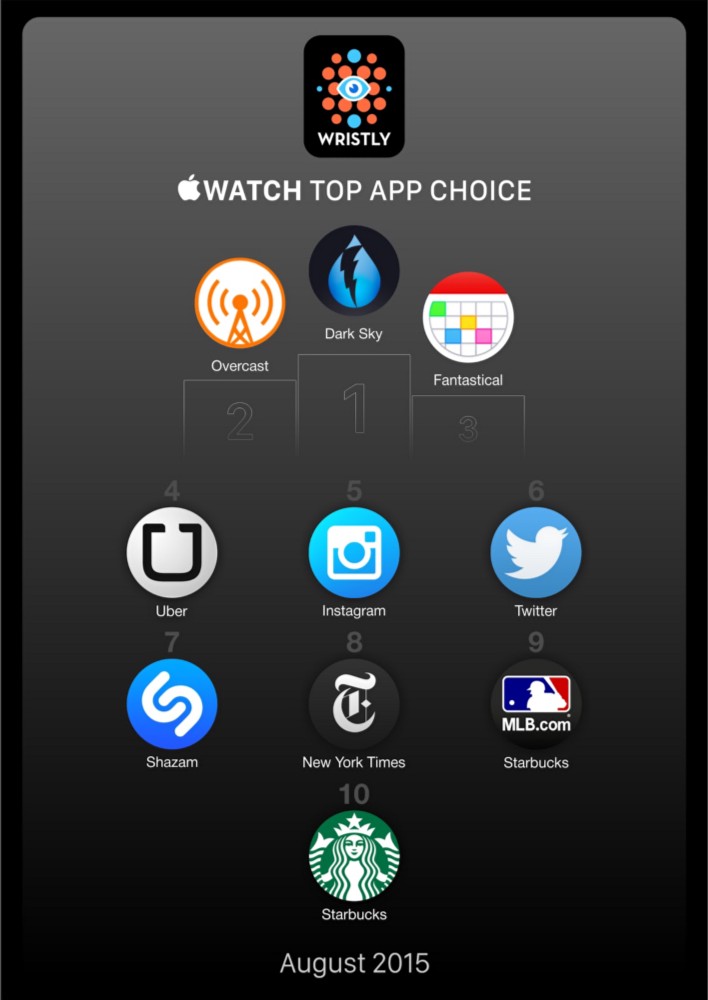 Finally, the most popular app seems still to be Dark Sky (unfortunately, Canada doesn’t get breaking weather alerts), followed by Overcast and Fantastical. Other apps included in the top 10 list are Uber, Instagram, Twitter and Starbucks, The New York Times, Shazam, and MLB.com.