Apple.ca has restocked some Apple Watch Series 1 models in both 38mm and 42mm sizes—here’s what’s available: 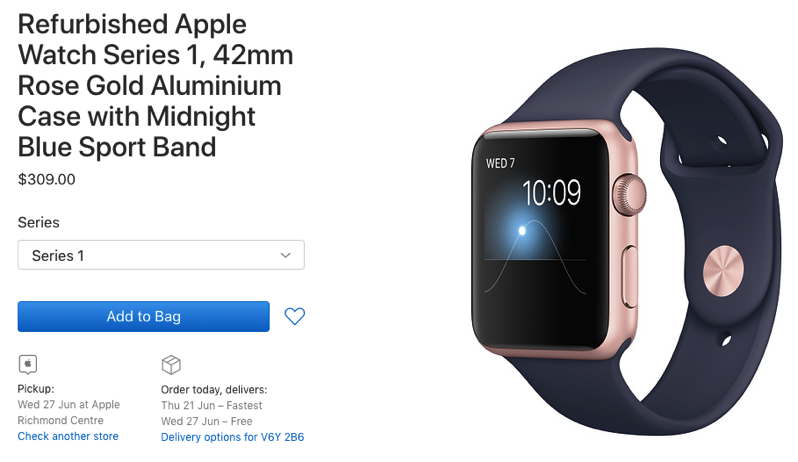 Series 1 models were released back in September 2016, added an upgraded SP1 dual-core processor over its predecessor, Series 0, which will not be supported in iOS 12 and watchOS 5.

Refurbished Apple Watch models are good as new and come with a standard one year warranty from Apple. These usually sell out quickly and are worth considering if you want an Apple Watch for ‘cheap’. Let’s hope these will support iOS 13 and watchOS 6 next year.

Apple Watch Ultra, Apple's most premium smartwatch to date, officially launched on Friday. The new high-end smartwatch targets extreme athletes, and it comes with a choice between three different bands to aid in their adventures: the Alpine Loop, the Trail Loop, and the Ocean Band. Each of the three band types was thoroughly tested and...
Nehal Malik
23 hours ago