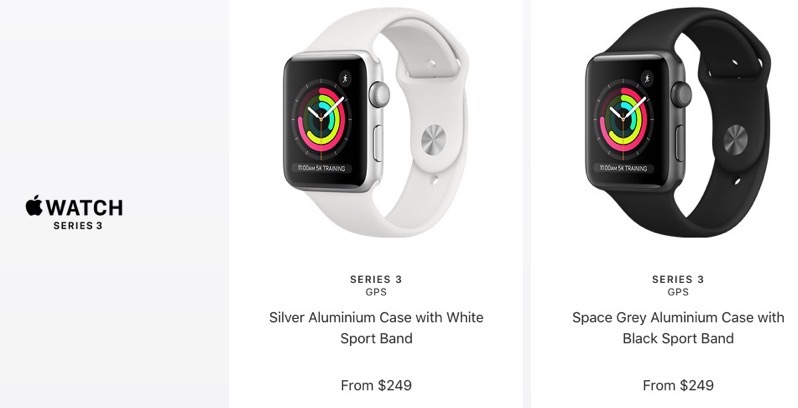 The watch is only available in Aluminum with either a white or black sport band.

Apple Watch Series 3 debuted in September 2017 and is now four years old, powered by the company’s S3 dual-core processor. No cellular versions are available. Apple Watch Series 3 works with Fitness+ so it could be a standalone activity tracker for many people.