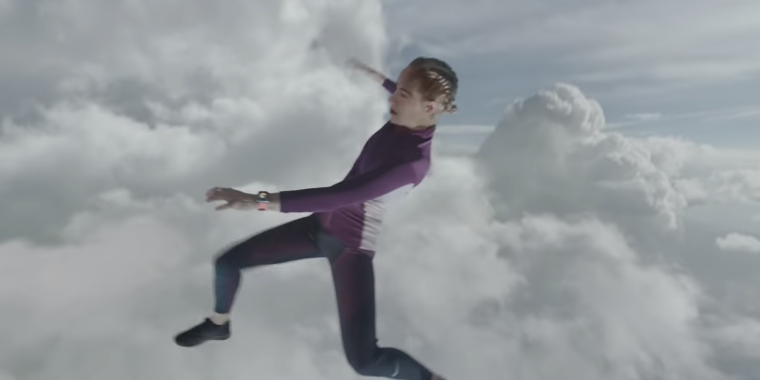 Apple has released a new ad for Apple Watch Series 4 LTE models, titled ‘Flight’. The new 1-minute ad was uploaded today to the company’s YouTube channel in the UK.

British director Jonathan Glazer helmed the short film, which according to Creative Review, will debut during the 2019 Brit Awards:

The film follows championship-winning air dancer and skydiver Inka Tiitto, a 29-year-old Finnish-American athlete known to American audiences for her involvement in Season 12 of America’s Got Talent. Here, Tiitto plays an athleisure-clad runner powering through bucolic woods and mountainsides before being flung into the sun-lit skies above.