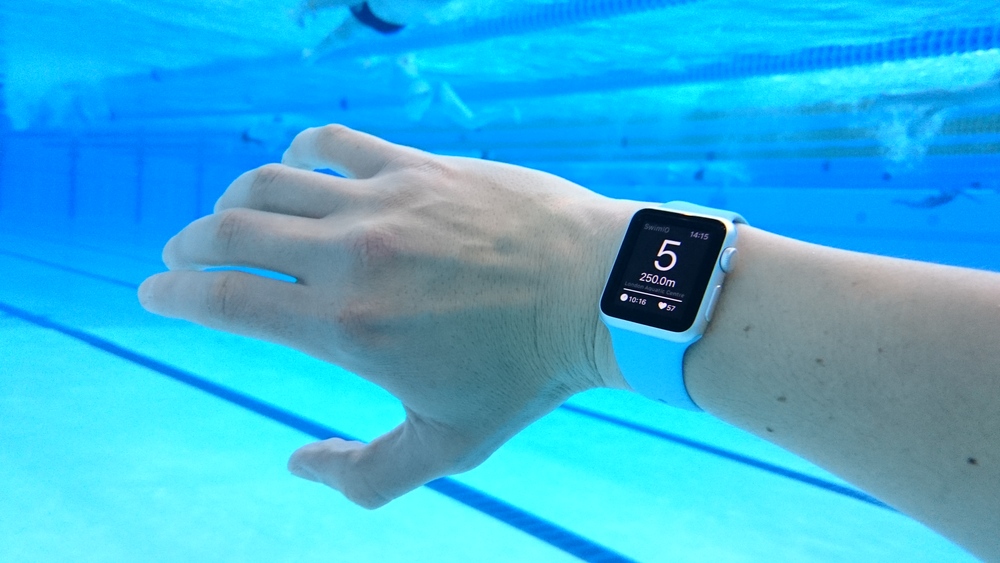 The Apple Watch is rated to the IPX7 waterproofing standard, which triggered Apple to warn users not to use the device while swimming. However, this didn’t stop British developers coming up with what can be called the world’s first swimming app. In a lengthy but very interesting blog post published on ActiveTime (via MacRumors), Ted Bradley details the process and the algorithm they developed for the Pebble first, and then for the Apple Watch.

After installing WatchOS 2 beta on an Apple Watch and finalizing the app, which runs natively on the device, the developers have decided to test it, so they went to the London Aquatic Centre. The test was four lengths of a 50-meter pool and turned out to be successful: Both the Pebble and Apple Watch showed the same data – a 200-meter swim. The Apple Watch peppered it with heart rate, of course.

If you’ve been wondering whether this app will be available for download, likely not, because it is in conflict with App Store guidelines because it encourages users to use the device in a way that may damage the Watch.

Fact is, the IPX7 rating means that the Apple Watch is able to withstand immersion in water up to 1 meter deep for about half an hour. Apple says that if you get caught in the rain, it won’t harm your Watch, and you can use it while washing your hands. Maybe a light shower is allowed, but not swimming.

We really hope that Apple see the demand for an official, fully waterproofed Apple Watch. Once that is available, we’ll be able to ship a fully featured swimming app.

In the mean time, it would be great to see swimming become a first class citizen in the Apple Health and Activities apps. Running and cycling both have their own distance graphs you can view in the dashboard whilst for swimming you have to drill down to individual workouts. Although you can’t swim with the Apple Watch, many people swim with other devices as well as logging their swim workouts manually on other apps (including our own manual swim tracker app ‘Speedo Fit’).

Still, if you want to test the app – it looks as though it won’t harm your device – just shoot an email to the developers.