Last month GQ reported Apple was set to launch sales of exclusive Apple Watch Woven Nylon bands down in Rio for the 2016 Olympics. Bands from 14 different nations—including Canada—would be available for sale at Village Mall down in Barra Da Tijuca.

Here’s the PR image of what the Canadian Olympic Apple Watch band looks like:

But here’s what the actual band looks like, as iPhone in Canada reader, @brucefalkner12 shares with us. He’s currently down in Rio volunteering for the Games, and told us the bands went on sale on August 1. The band cost him about $100 Canadian, after conversion. 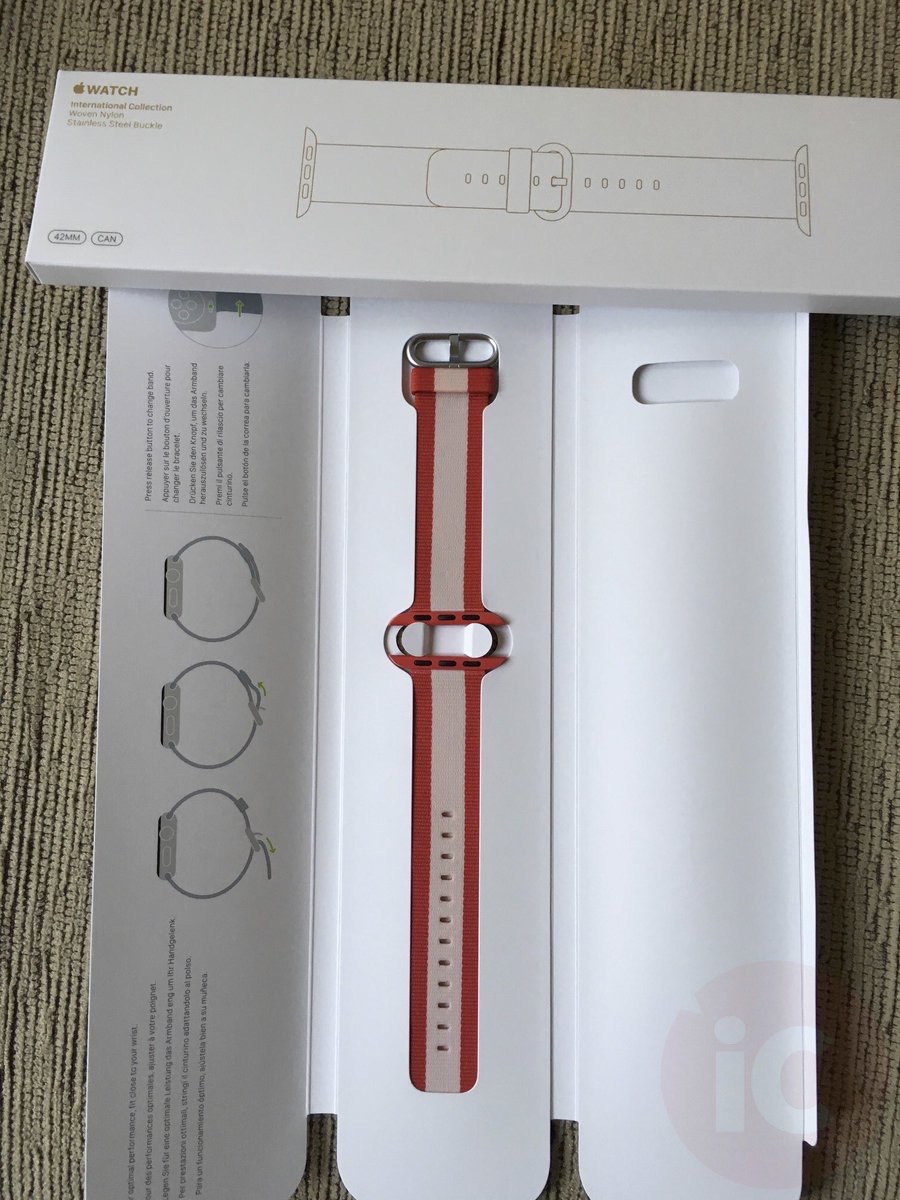 Note the middle part of the band is white, not pink as shown in the photo (looks like the white balance is off), as confirmed by Bruce. No word on whether we’ll be able to buy these from Apple Stores in Canada, but if you’re desperate, you probably will be able to find these on eBay, with massive markups (someone’s already trying to list a USA band for $526 CAD).

What are your thoughts on this Team Canada Apple Watch band? Does it scream ‘Canada’ to you?