An Apple Watch customer from West Wales has won a court case against Apple, proving that it is actually possible for a common person to beat the Cupertino tech-giant in a legal battle.

Gareth Cross, of Aberystwyth, Wales, sued Apple for breach of contract of sale after he spotted a scratch on the screen of his new Apple Watch Sport which he had bought for £399, according to The Daily Mail (via App Advice). 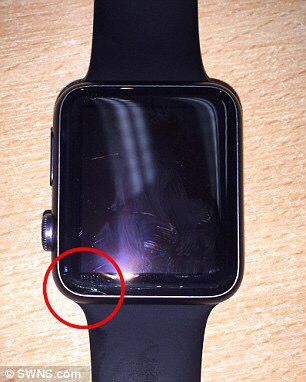 Cross got his Apple Watch in July last year, and only after 10 days of use, he noticed a crack in the glass face of his new smartwatch. When he reported this to Apple, they told him that the damage was not covered under warranty, despite official claims that the Apple Watch face was “resistant to scratches and impact”. Apple has however removed any statements about the Apple Watch being resistant to impact from its website since the incident.

Cross engaged in a six-month battle with Cupertino, involving an exchange of letters and him sending the Apple Watch to the tech giant’s repair centers on several occasions. Apple eventually fell silent, refusing to repair the device, so Cross took the company to small claims court. In the court’s verdict, Apple was ordered to refund Cross the cost of the watch and an additional £429 in court costs.

Apple Watch comes with a standard one year warranty, which states it covers ‘defects in materials and workmanship’ but not normal wear and tear or damage caused by accident or abuse.

Sounds like it was not worth Apple’s legal costs in court, and better off for the company to settle replacements costs for the Apple Watch display.